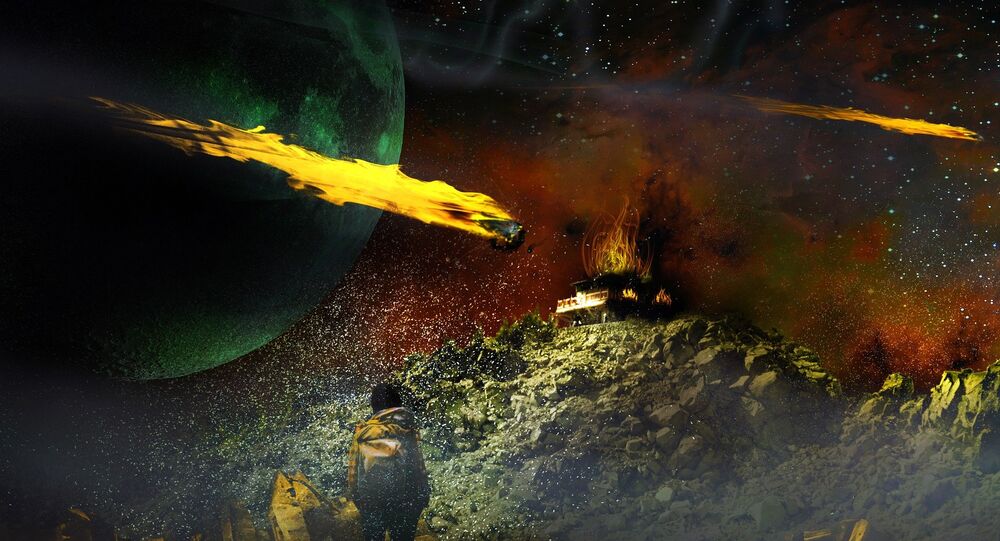 The renowned academic speculated on the development phase that Earth is at today, drawing a parallel with one that saw the dinosaurs, which lived on our planet throughout the Mesozoic Era, being completely wiped out.

Renowned British natural historian Sir David Attenborough has warned in an explicit way that Earth is facing a mass extinction, much like the one that caused the dinosaurs to die out. Speaking at the launch of his new Netflix series titled “Out Planet”, the 92-year-old researcher and broadcaster was quoted by British media as saying:

"Right now we are in the midst of the Earth's sixth mass extinction — one every bit as profound and far reaching as that which wiped out the dinosaurs", expressing fear that millions of living organisms will disappear into thin air as their habitats are increasingly affected by climate change.

Sir David, the holder of an unrivalled 32 honorary degrees from Britain’s universities, told the audience at the Natural History Museum, which hosted the event, that mankind has shattered the Earth’s natural order as a result of a massive environmental pollution.

“Consider these facts — 96% of the mass of mammals on our planet today are us and the livestock we've domesticated. Only 4% is everything else”, Sir David noted, going on to speculate on the interconnections between humans and their natural habitat:

“Nature once determined how we survive. Now we determine how nature survives".

Another speaker at the event was notably the royal environmental campaigner Prince Charles, who took the floor drawing attention to the educational aspect:

"Education about what we have, what we have destroyed and what can and must be regenerated could not be more timely or more urgently needed".