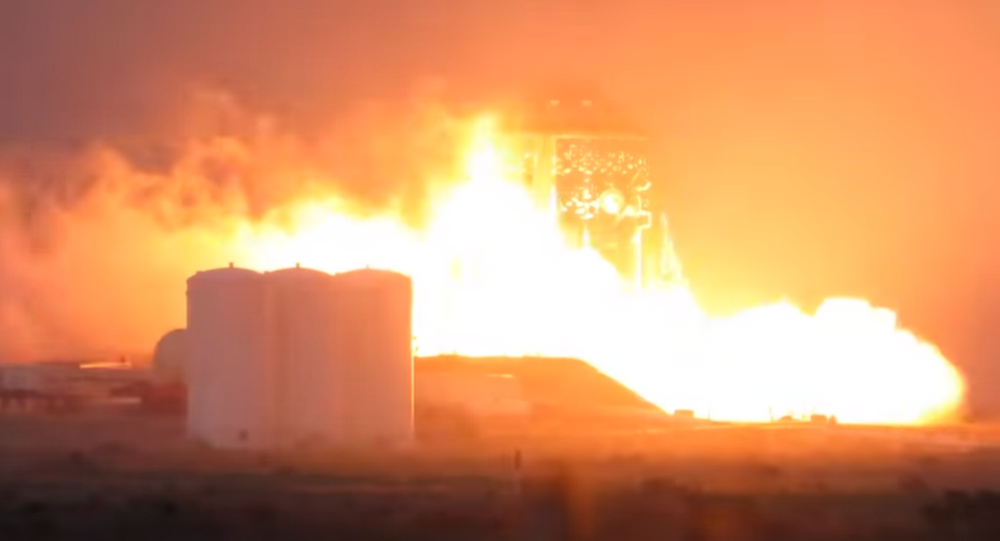 SpaceX's Starhopper prototype fired up its rocket engines for the very first time this week, signaling the first phase of tests for the company's Starship vehicle, which will in time carry out passenger flights to the moon and Mars.

The recent test, which occurred at 8:56 p.m. EDT and lasted less than a minute, was dubbed a success on Wednesday by SpaceX founder Elon Musk on Twitter. "Starhopper completed tethered hop. All systems green," he tweeted.

With details on the project few and far between, Space.com reported that the prototype was fitted with three new Raptor liquid methane and liquid oxygen engines, of which only one was fired during the recent test. It also noted that Starhopper did manage to briefly lift from the launchpad, but that it failed to go far on account of it being securely tethered to the ground.

​​Although the test lasted for just a brief moment, Maria Pointer, a retired deck officer who lives nearly two miles from SpaceX's new launch facility in Boca Chica, Texas, told the Business Insider that the sounds were comparable to those from a jet engine.

"I was cooking collard greens, and my house started rattling," Pointer said. "It was like a couple of jet airplanes taking off in your living room… this was magnified to about 10 jet-engine roars."

"It reminds you of when the Blue Angels fly over real low… That's the sound. It rattled everything. This was the full Raptor with all the juice going to it. This was the real thing," she added.

The publication went on to note that SpaceX officials have been coordinating with Cameron County law enforcement in order to close access to nearby roadways as a safety measure during testings, which tend to last for roughly eight hours.

Although the road closures haven't been greeted with open arms by all, Pointer did say that she was enjoying being able to see and hear history being made. "It's exciting," she said.

According to Space.com, the Starhopper prototype has a diameter of about 30 feet, and is made of stainless steel. It was previously fitted with a nose cone, however, it was blown off by powerful 50 mph winds in late January.

​SpaceX plans to make its first cargo flights with the Starship vehicle by 2022, with the vehicle expected to begin passenger flights to the moon in 2023, TechCrunch reported. Crewed flights to the Red Planet are slated for 2024.