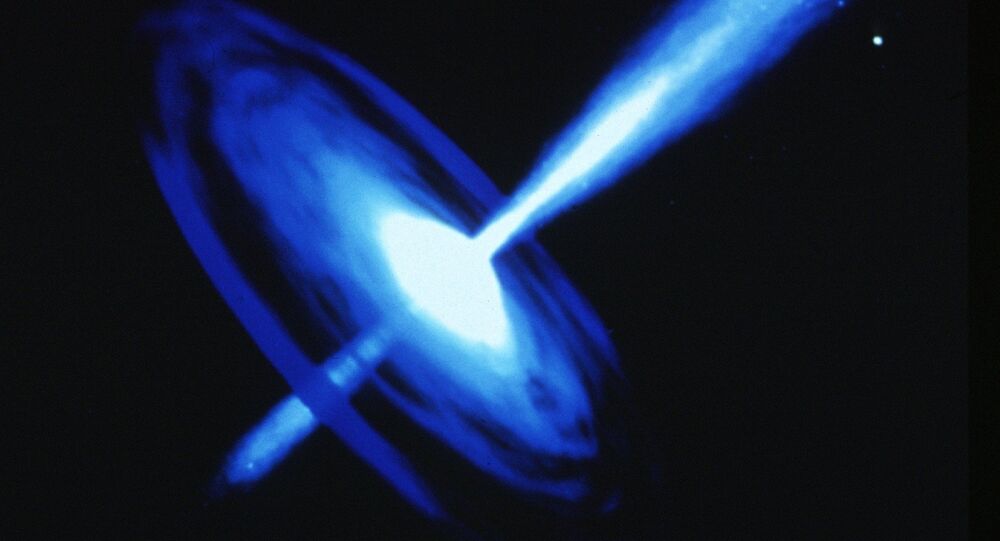 While snapping a photo of a black hole itself would be impossible due to the fact that no light could escape it and reach the Earth, scientists focused their attention instead on event horizon - the boundary at which the hole’s gravitational pull becomes so great as to make escape impossible.

A number of “mysterious” press conferences which are currently being organized by scientists around the world seem to point at the fact that astronomers have achieved a "groundbreaking" discovery related to the enigmatic space objects known as black holes, the Independent reports.

© Photo : Pixabay
Supermassive Black Hole Could Swallow Earth, Astronomer Warns (VIDEO)
According to the newspaper, this activity may have something to do with “a photograph that could break new ground in our understanding in space,” as the Event Horizon Telescope has apparently managed to produce its “first result” in a quest to snap an image of the edge of a black hole.

The object of the telescope’s attention, Sagittarius A*, is a supermassive black hole located at the center of the Milky Way.

While it would be impossible to see the black hole itself due to the fact that light simply cannot escape their gravitational pull and reach observers on Earth, scientists focused their efforts on procuring an image of its event horizon.

The main press conference will be held in Brussels on 3 April, with other conferences expected to be held in Chile, Shanghai, Japan, Taipei, and the United States.

The press conference will be streamed online by the ESO and the European Research Council, and will be available on YouTube as well, the newspaper added.

Mysterious Black Hole DETECTED in the Centre of the Milky Way