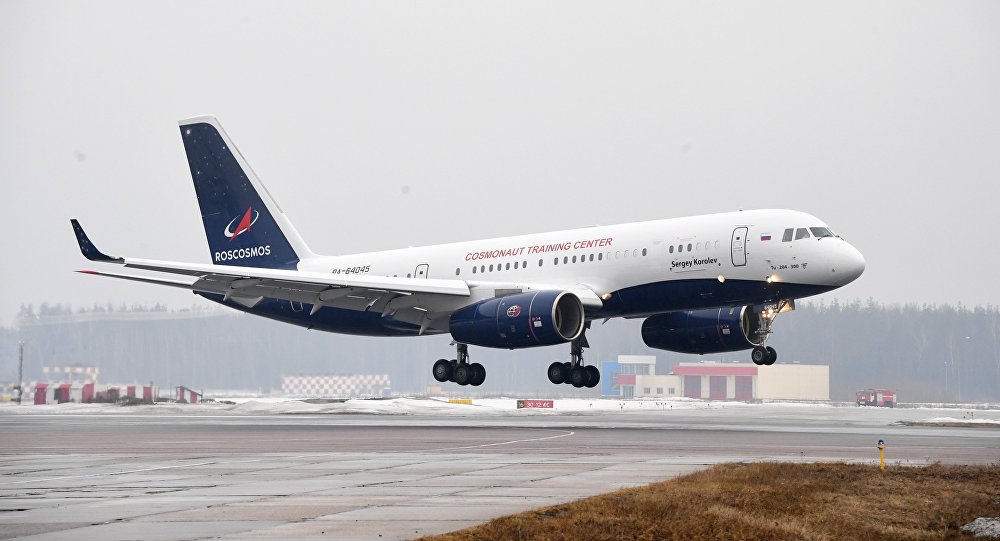 The airplane, designed by Tupolev and built by the Kazan Aircraft Production Association, is one of two planes being delivered to the Yuri-Gagarin Cosmonaut Training Centre outside Moscow to comfortably ferry cosmonauts to and from the Baikonur and Vostochny cosmodromes, including after they have returned from space.

The Tu-204-300 airplane in the video, which was released by the Zvezda television channel on Saturday, was named after Sergei Korolev, the widely recognised founding father of the Soviet and Russian rocketry and space programmes.

The specially equipped aircraft, featuring six cabins to comfortably transport cosmonauts in recumbent position immediately after their return from space, and several dozen more people in traditional seated position, is one of two Tu-204-300s ordered by the Cosmonaut Training Centre.

The second Tu-204-300, named after Yuri Gagarin, the first human being in space, will be delivered to the Centre next week, and carry out its maiden flight to the Baikonur spaceport in July.

The Ilyushin Finance Co. (UAC member) and Rusaviainter delivered Tu-204-300 "Sergey Korolev" to the Gagarin Cosmonaut Training Center. The aircraft is intended for the Russian astronauts transportation to the Vostochny and Baikonur cosmodrome. pic.twitter.com/rvSRWBYYuL

The Tu-204 is a twin-engine, medium-range narrow-body jet airliner capable of carrying up to 210 passengers, and was intended to broadly match the capabilities of the Boeing 757 airliner. First introduced in 1989, the plane has seen a variety of modifications, and has been operated as both a passenger and freight plane. The aircraft is currently operated by several Russian airlines, as well as Chinese, Cuban, Egyptian and North Korean carriers.