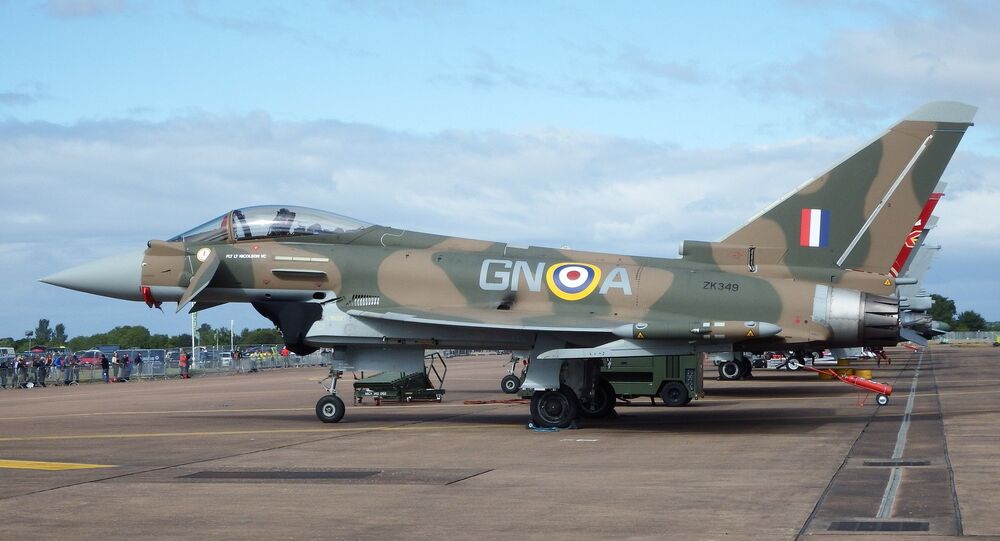 The Russian aircraft, said to be Tu-95s and Il-78s, reportedly took off from a Murmansk airbase by the Barents Sea. Both the Russian and the UK Defence Ministries have yet to comment on the information. The Russian ministry stated previously that the country's planes conduct flights in strict compliance with existing international norms.

The Mil Radar air force and navy monitoring service, which maps strategic flight routes of international aircraft, has posted on Twitter that two British Royal Air Force Typhoon fighter jets, as well as a Voyager ZZ338, left the Lossiemouth RAF base in Scotland to escort Russian bombers as they were flying in the skies above the North Sea “heading south”. In a parallel move, a French Air Force E3 201 ROXAN14 was mapped, as it was “orbiting North East France”.

According to the monitoring service, as the Russian Air Force bombers turned north-west as they continued their flight over the North Sea, the RAF Voyager ZZ338 2AR62 set out tracking the Russian aircraft northwards, while RAF Typhoons were found shadowing them roughly 60 miles off the coast of Berwick.

The Russian planes, reportedly four Tu-95 bombers and four Il-78 refuelling aircraft, are reported to have left the Olenya airbase in Murmansk, a city in northern Russia. They turned north over the North Sea and are reported to be currently flying along the British coastline, flying in airspace over neutral waters.