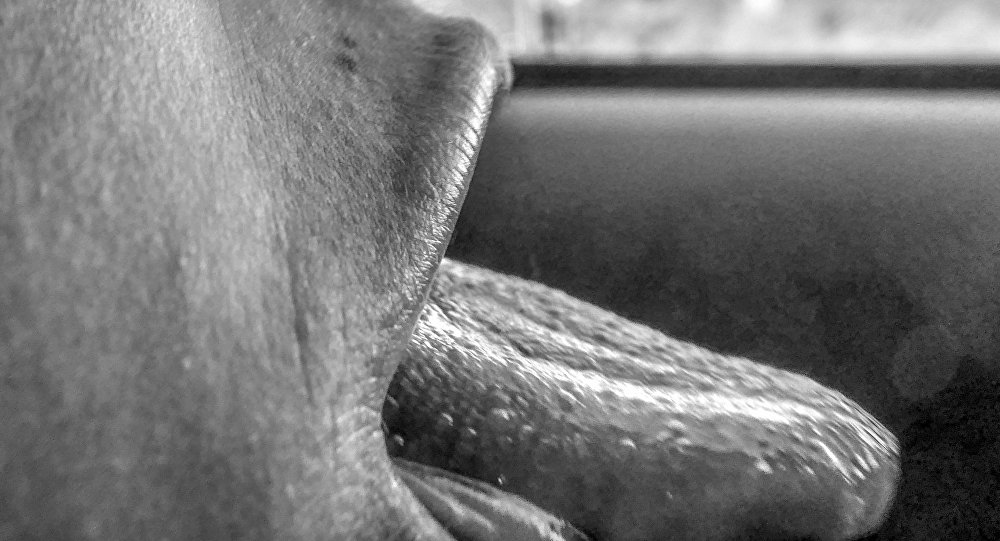 Although popular stimulants like energy drinks arguably make us feel more awake, alert, and better focused to more efficiently get through the day, the extra-sweet beverages can also backfire, as real-life medical cases increasingly demonstrate.

Teacher Dan Royals has called on the public to be wary of the imminent dangers of energy drinks, claiming that their overconsumption leads to body tissue becoming blistered and eaten away.

“Who drinks energy drinks? Addicted to them? You may want to think again”, he noted in a Facebook post, posting a picture on the subject and further adding:

“Have a look at the second pic… That’s what that s*** does to your tongue, imagine what’s it like on your internals?”

Dan revealed his doctor’s verdict that excessive sugar, with any energy drink containing up till 13 teaspoons of it, and various chemicals, including preservatives found there, were likely to blame for pieces of his flesh being eaten away.

He confessed to drinking no fewer than 5-6 such drinks a day “until recently”, when the problem with his tongue first started to arise, while the teacher stressed his dental care had always been sufficient.

“Just to make it clear, I actually do care for my oral health but this is purely from these drinks… I do smoke but has nothing to do with the eating away of my tongue”, Dan pointed out.

He fully agrees with the doctor’s diagnosis, citing WHO researchers who have conducted studies showing that dental cavities, in particular, can occur due to the consumption of acidic and excessively sweet drinks.

“Another study showed that consumption of energy drinks can cause erosion and smear layer removal in the teeth, leading to cervical dentin hypersensitivity”, Dan recounted.

When affected by excessive sugar levels, blood vessels are known to severely decrease in flexibility, as cells that line them respond to food-derived fats and sugars absorbed in the blood. Along with ruining certain cells, excessive sugar makes vessels more prone to the build-up of cholesterol, which in turn leads to cardiovascular diseases.

The researchers believe that caffeine, taurine, sugar, and herbal ingredients, all typically found in energy drinks, have an adverse effect on the endothelium, the lining of the blood vessels, causing injuries to the tongue and, in the long run, to other tissue.

Caffeine, taken separately, can cause the walls of blood vessels to contract and narrow down, which may be dangerous given the fact that it also releases additional stress hormones, adrenaline, which increases blood pressure in the narrowed vessels, and thus add to general irritability.