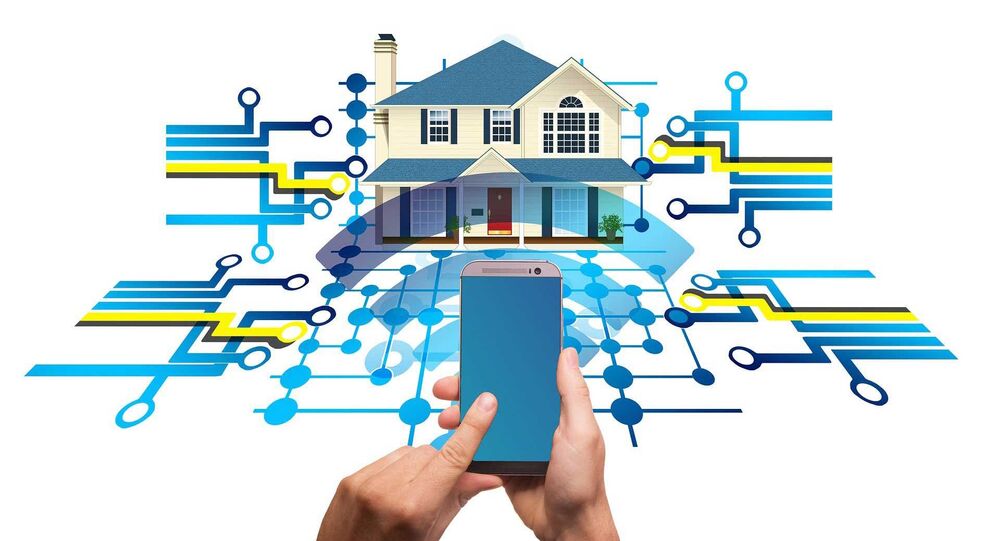 Within the framework of Industry 4.0 (aka Fourth Industrial Revolution) technology, South Ural State (National Research) University (SUSU) is now implementing a range of promising student projects, with one of them being "smart home", a smart grid-based energy efficient system, the university’s press service reports.

A smart home is an innovative type of housing characterized not only by the efficient consumption of energy (including electricity, heating and water), but also by being well-designed in terms of aesthetics and a comfortable interior and landscape design.

"The smart home system includes a wide range of components: renewable energy source-based power generating components, such as wind and solar power stations and so forth, energy-saving devices, such as smart meters and sockets and LED lighting, and other devices including smartphones and home component remotes, and also software", said Doctor of Technical Sciences and SUSU Professor Yevgeny Solomin.

© CC0
Russian Businessman Repik Expects to Start Selling 1st Cooking Robot in 2019
Project-based training at SUSU is based on an interdisciplinary approach: to implement a project, a team of students from different programs, with varying levels of training, is formed. At first, there were a total of five master's degree students participating in the development of "smart home" system components. In the course of six months, the number of participants has increased to 17. Now, the list includes foreign students, with three Chinese and two Iraqi students participating.

"This project is cutting-edge and promising; it is in great demand commercially and is of interest to any age, gender or level of training since developments on the power supply and devices can be applied in the participants' own homes", said Sergei Vaulin, Director of SUSU's Institute of Engineering and Technology.

Apart from smart home, SUSU students and researchers are now working on other smart-tech related projects including a mobile power generating complex-based energy supply system, a flywheel energy storage based smart battery, and a smart courtyard that features a parking lot equipped with car detection sensors, a courtyard surveillance system and a smart speed bump based power generating system.

© Sputnik / Stringer
Russian Home-Grown Computer, Phone Systems Poised to Ease Dependence on Foreign Tech
The university is also developing smart home devices and software as well as alarms, recognition and management systems. SUSU students get to choose from a wide range of tasks including renewable energy source based power generating, energy generating of all kinds, accumulation, alarm and surveillance systems, devices with different complexity, computer software and commercialization (of both their own projects, with support from various foundations and/or investors, and the global complex project in general).

The Institute of Engineering and Technology's projects and education programs are tested at SUSU's leading laboratories that were created in collaboration with global leaders in automation, digital transformation and power generating industries. The university also collaborates to implement power generating related scientific and technical projects, and exchanges students with North China Electrotechnical University (China) and Aristotle University of Thessaloniki (Greece).

"SUSU is featured on the list of the 20 best Russian universities, while the cost of studying here is not that high", said Upasak Bose, an Indian student at SUSU. "The city of Chelyabinsk is dubbed "the gateway to Siberia"; it is a border town between Europe and Asia. All these unique features convinced me to choose SUSU to study. Upon enrolling, I was struck by how much Russian students help their foreign counterparts get used to the environment and adapt to it".