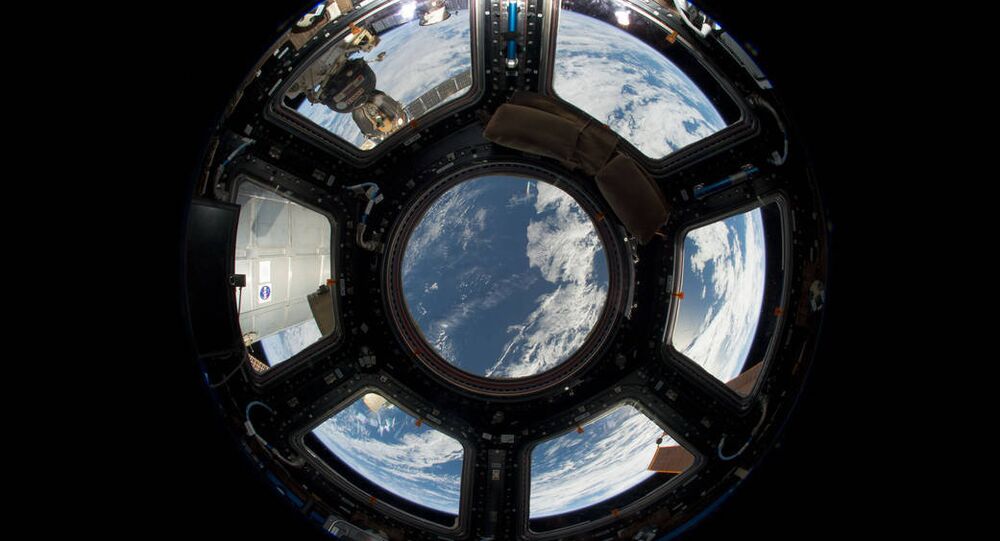 Last August, cosmonauts detected a minor air leak in the orbital module of the ISS-docked Soyuz-MS spacecraft, it was believed to have been caused by a drill, sparking fears that the incident may have been an act of deliberate sabotage.

Russian cosmonauts will conduct an investigation onboard the International Space Station to try to help determine the source of the metal shavings found in the Soyuz-MS in last year's leak incident, Roscosmos chief Dmitri Rogozin has announced.

"We do not have an answer as to why metal shavings were found in certain areas of the orbital module," Rogozin said, speaking to reporters on Monday.

"In order to answer this question, it's necessary, putting it crudely, to take a piece of wood into orbit and again drill at about the same place to see how the shavings spread from there. We've already conducted such tests on Earth; now we must do it in zero gravity," he added.

Investigators remain uncertain about what caused the 29 August 2018 air leak aboard the Soyuz-MS spacecraft. During the investigation, sources in the Russian space and rocketry industry told Sputnik that the hole was likely made during the construction stage and patched with a special epoxy. However, a special commission formed by Russia's Energia Corporation concluded that the incident may have been the result of the "deliberate actions of unidentified persons."

© Sputnik / Sergey Mamontov
Roscosmos Ready to Assist Washington If Tests of US New Spacecraft Delayed
Throughout the probe, Russian officials firmly rejected media reports that US astronauts aboard the station may have been responsible for the leak emergency, dismissing such rumours as "conjecture." Cosmonauts taking part in the Expedition 56/57 mission similarly dismissed the claims regarding their American colleagues.

In late September, Energia concluded that it had not found any violations at the manufacturing stage in the damaged Soyuz. However, as a precaution, the company announced that it had introduced video surveillance at all stages of construction of the Soyuz spacecraft.

In December, prior to their return to Earth, cosmonauts Sergei Prokopyev and Oleg Kononenko carried out a six-hour spacewalk to study the hole in the Soyuz's hull, bringing samples of the craft back to Earth for analysis.