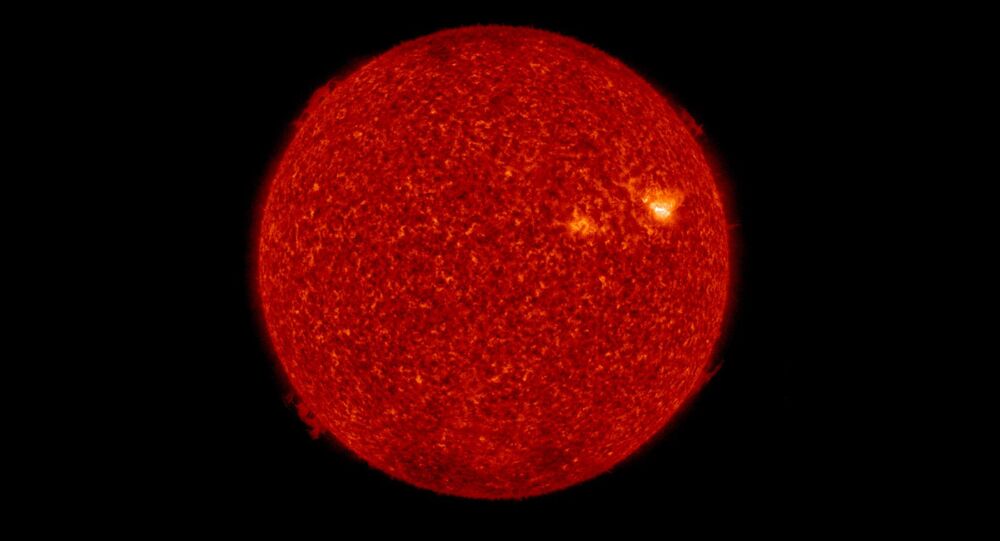 When directed toward Earth, powerful bursts of energy from the Sun's surface are capable of causing mass geomagnetic disturbances, burning out man-made electrical and communications equipment and power grids, and even leading to a higher incidence of cancer.

Solar activity has increased substantially in recent days as the Sun continues to consume the fuel from the previous solar cycle, monitoring by the Moscow-based Laboratory of X-Ray Astronomy of the Sun has indicated.

"A sharp increase in solar activity has been observed over the past 24 hours in space monitoring equipment providing information about the flow of solar X-ray radiation," the lab, part of the Lebedev Physical Institute of the Russian Academy of Sciences, noted in a press statement.

© CC0
Mysterious Ring of Cosmic Dust FOUND Just 77 Mln Km From Earth
According to scientists, monitoring from March 20 and 21 registered three 'C-class' solar flares (powerful bursts of solar energy which thankfully, usually have little to no effect on Earth). Furthermore, for the first time in several months, the institute's 'index of flare activity' showed an increase from 'green' to 'yellow' danger level, with peak values reaching 3.6 on its 10-point scale Friday.

Researchers noted a spike in solar activity which was "clearly visible" in photographic observation, including a bright emission of light created by hot plasma emanating from the Sun's surface.

Lebedev Physical Institute of the Russian Academy of Sciences
Image of the Sun, taken March 21, showing a spike in solar activity.

Astronomers attributed the spike in solar activity to the Sun's burning out of the remainder of its 'fuel' from the 24th solar cycle. "Such fuel includes magnetic fields which are formed under the Sun's surface and are carried by streams of plasma toward its surface, together with excess energy. It is this energy that is then burned out in the form of flashes," the scientists explained.

The astronomers expect the formation of Solar cycle 25 to begin near to the Sun's poles, but have indicated that the cycle has yet to give any indication of appearing.

"It remains a mystery as to why the magnetic fields of cycle 24 remain present on the Sun, seven years after the cycle reached its maximum in 2012," researchers noted.

© AP Photo / Virginia Mayo
WATCH Moon Start Moving Backwards Passing Sun
When sufficiently intense, flares of solar energy threaten to cause extensive damage to man-made infrastructure, from spacecraft and satellite instruments in near-Earth orbit to entire power grids on the planet itself, particularly during periods when the magnetic shield normally sparing Earth from deadly solar and cosmic radiation is in a weakened state.

In 2011, the US National Academy of Science calculated that a repeat of a major solar storm like the one which struck the planet in 1859 could lead to $2 trillion in initial damage alone, and take up to a decade to repair.

Cycle 24, the current solar cycle, began in January 2008, and has the lowest recorded sunspot activity since recordkeeping began in the year 1750. Cycle 24 was initially expected to end in mid-2018.