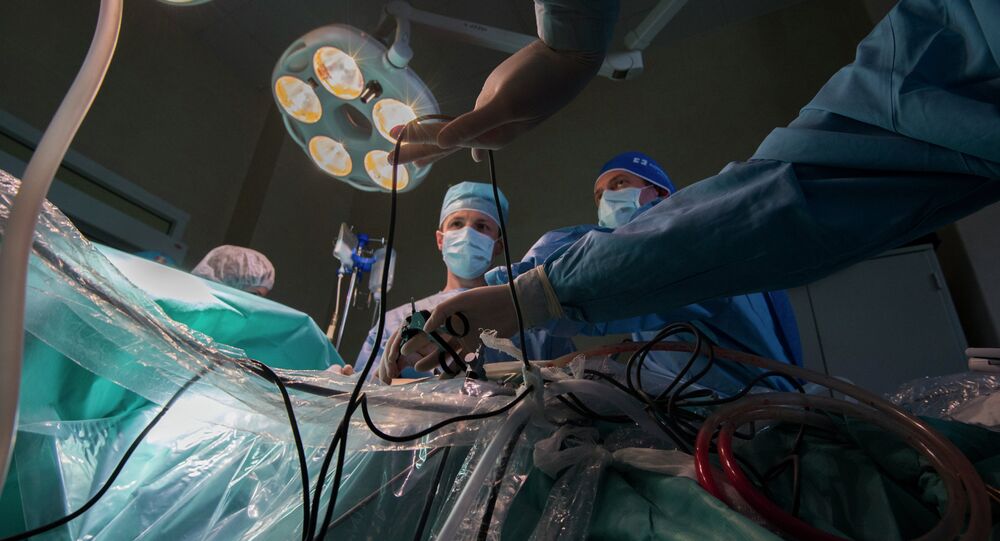 Several cases of antibiotic-resistant infections believed to stem from a Tijuana hospital have prompted the US Centers for Disease Control and Prevention (CDC) to issue a health alert. The hospital, just across the Mexican border, is popular with Americans seeking weight loss surgery.

Americans looking to shuffle across the border and get a "gastric sleeve" surgery at Tijuana's Grand View Hospital to help them shed those extra pounds are advised to be careful unless they wish to shuffle off this mortal coil as well. The bacteria pseudomonas aeruginosa, which is resistant to antibiotic treatments, has been confirmed in 20 infections of US citizens known to have traveled to Mexico for medical care and is suspected as the cause of another five, the San Diego Union Tribune reported Tuesday.

The CDC issued a Level 2 Alert on January 9, encouraging travelers to "practice enhanced precautions" when traveling to Grand View Hospital. However, only slightly more than half of the 25 cases are believed to be connected to the facility, and the CDC hasn't detected pseudomonas there yet, the Tribune notes.

"CDC recommends that travelers to Mexico not have surgery (including weight-loss surgery) at Grand View Hospital in Tijuana, until the Mexican government can confirm that the drug-resistant form of Pseudomonas aeruginosa bacteria is no longer there," the alert says.

Mexico's Federal Commission for Protection Against Sanitary Risks claims the bacteria has never been detected at Grand View. However, after detecting lapses in sanitary procedures used in surgeries, they claim they shut down the surgical areas of the hospital on December 19.

However, the Tribune noted that "there were strong indications that the surgical center near the US border remained open," and that new patients were seen after the 19th.

The hospital has nonetheless indicated it will not reopen the surgical facility until the CDC lifts its alert.

CDC epidemic intelligence officer Ian Kracalik told the Tribune the border facility finally shut down "sometime after January 31," the last date the agency had received a report of a pseudomonas infection associated with Grand View. However, others have continued to surface since then, unrelated to the Tijuana hospital.

Pseudomonas-infected patients believed to be connected to Grand View were all individuals who sought the help of Dr. Mario Almanza, a surgeon at the facility who performs the "gastric sleeve" procedure that limits the size of the stomach. Almanza bills himself as the "leading bariatric weight-loss surgeon in the world."

According to the CDC's fact sheet on pseudomonas bacteria, "Pseudomonas infections usually occur in people in the hospital and/or with weakened immune systems."

"Patients in hospitals, especially those on breathing machines, those with devices such as catheters, and patients with wounds from surgery or from burns are potentially at risk for serious, life-threatening infections," the agency says. "In hospitals, where the most serious infections occur, Pseudomonas can be spread on the hands of healthcare workers or by equipment that gets contaminated and is not properly cleaned."

The CDC notes that of an estimated 51,000 "healthcare-associated" pseudomonas infections i the US each year, 13 percent, or over 6,000, are multidrug-resistant, and roughly 400 of those infected die.

Apart from hospitals, the most common source of pseudomonas infections is contaminated water, such as "inadequately chlorinated hot tubs or swimming pools," from which people commonly develop skin rashes and ear or eye infections.