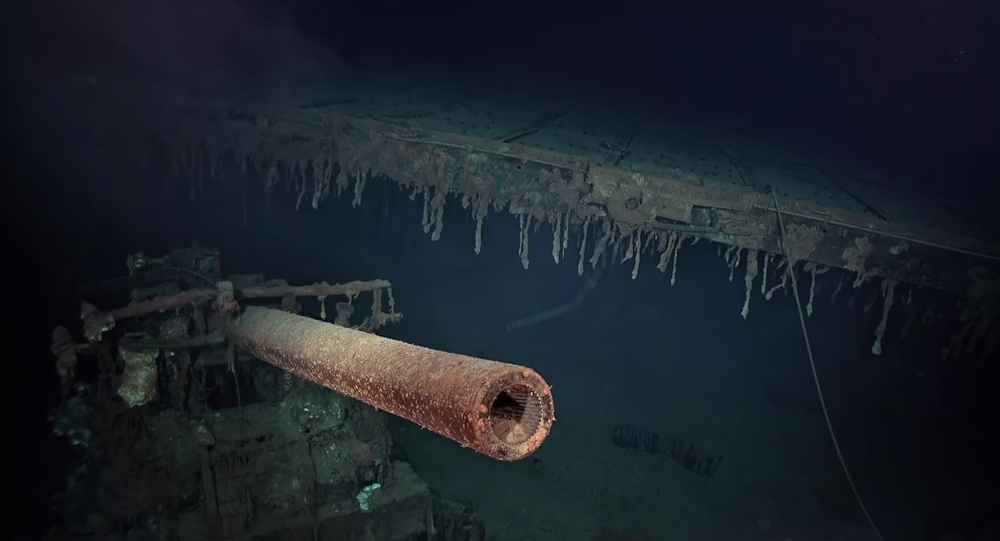 The aircraft carrier was destroyed by a Japanese submarine in 1942 during an attack on the Solomon Islands.

A group of deep sea explorers operating from Research Vessel Petrel discovered the remains of the USS Wasp, a World War II-era aircraft carrier that was sunk by a Japanese submarine, Popular Mechanics reported Thursday.

Petrel explorers discovered the Wasp's wreckage 13,780 feet under water in the Coral Sea, halfway between Australia and New Guinea, the report says. The discovery of the Wasp is the latest in a series of similar findings: in recent years, the Petrel's crew has found a number of World War II wrecks, including the USS Juneau, USS Ward, USS Lexington, USS Helena and USS Indianapolis. Earlier this February, the crew announced the discovery of another aircraft carrier, the USS Hornet.

"We are humbled by the sacrifice of those Wasp Sailors, especially those who paid for our freedom with their lives.” — Capt. Colby Howard, commanding officer of the current #USSWasp, on #RVPetrel's discovery of WWII-era USS Wasp (CV 7): https://t.co/KGYoIQ6XXg @USNHistory pic.twitter.com/LA0vugLkmQ

​The Wasp was hit by three Japanese torpedoes on 15 September, 1942, as it covered the assault on the Solomon Islands — an operation aimed at both protecting Australia and New Zealand and at creating bases for further operations against Japan, according to Popular Mechanics.

© CC0 / Official U.S. Navy Imagery
US Plans to Increase Presence of Guided Missile Destroyers to Counter Russia - EUCOM
The Wasp sustained massive damage, prompting the captain to issue an order to abandon ship less than an hour after the attack. It took the ship some eight hours to sink entirely. The torpedo attack killed 176 sailors and wounded 366 out of a total crew of 2,162, the report says.

The Petrel team was gathered by Paul Allen, the late Microsoft founder. A precondition set by Allen was that the historic wreckages be treated as war graves and that their locations remain secret, known only to governments and museums. Today, the Petrel is equipped with a Remus 6000 autonomous underwater vehicle that is able to explore depths of up to six kilometers (19,685 feet). The Petrel also works as a testbed for various pieces of deep sea equipment which have never been installed on any other ship.