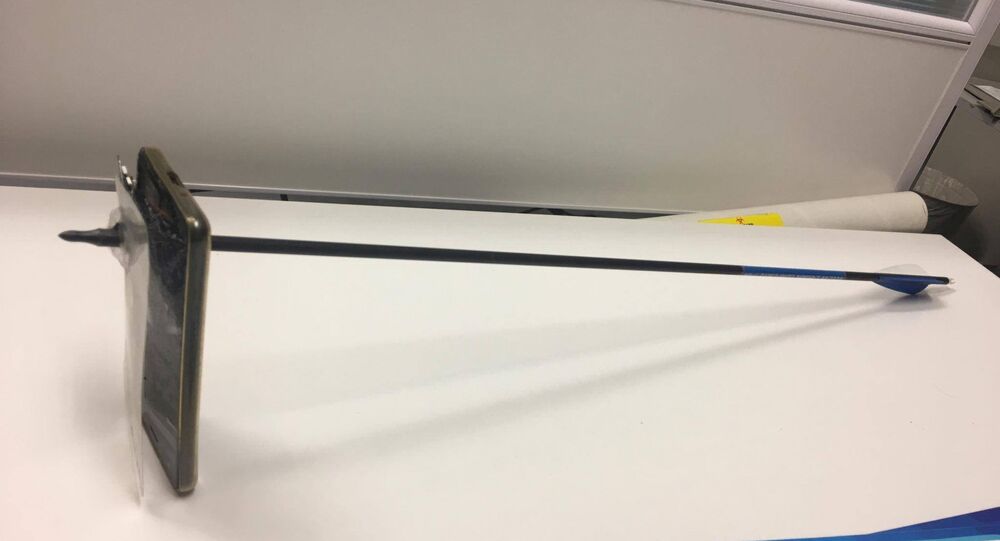 Battery life was lost, but a human life was saved in Australia Wednesday night, when an arrow fired by an irate man murdered a cell phone, not the person holding it.

According to local police, a 43-year-old resident of Nimbin, New South Wales, alleges that he returned to his home Wednesday to find a man he knew waiting for him — and in fact, aiming a bow at him, with an arrow cocked. The resident raised his phone to take a photo of his anachronistic assailant, 39, and that's when the arrow was let fly — and ended up embedded in the device. (News.com.au reports that the phone was an iPhone.)

Richmond District police were called to the scene and arrested the accused archer. He was charged at Nimbin Police Station with being armed with intent to commit an indictable offence, assault occasioning actual bodily harm and malicious damage. A bail hearing has been set for April 15.

Indian-Origin Dentist Chopped and Stuffed in Suitcase in Australia – Reports