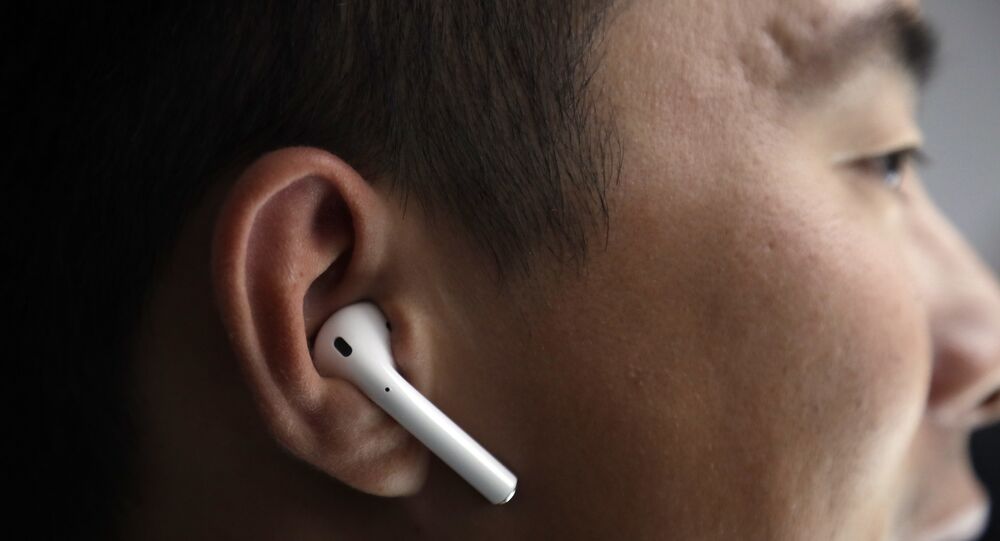 As many as 250 researchers have appealed to the WHO and UN member nations, drawing their attention to the harm even minimal electromagnetic waves were scientifically found to cause in humans, including an increase in free radicals and cellular damage, demanding that the international medical watchdog should come up with more protective guidelines.

Despite the enormous popularity wireless headphones, such as AirPods and the similar Samsung Galaxy Buds, have earned in recent years, researchers are increasingly voicing concerns about the harmful effects they may have on human health.

The devices, which harness Bluetooth technology, a type of electromagnetic frequency (EMF) radio wave that can transmit data, are in dangerous proximity to the user’s inner skull, literally rubbing against it.

"My concern for AirPods is that their placement in the ear canal exposes tissues in the head to relatively high levels of radio-frequency radiation", said Jerry Phillips, a professor of biochemistry at the University of Colorado, who is among those who signed a petition calling for “protection” from the technology.

The petition, called International EMF Scientist Appeal, and signed by as many as 250 professionals in the field, reads as follows:

"Based upon peer-reviewed, published research, we have serious concerns regarding the ubiquitous and increasing exposure to EMF generated by electric and wireless devices".

The petition further mentions such diagnoses as cancer, neurological disorders, and even DNA damage, citing research that links these to EMF exposure, and hence, the use of wireless headphones. The document also brings up recent findings by The International Agency for Research on Cancer, suggesting that EMF “possibly” has “carcinogenic”  effects on humans, since high levels EMF can increase heat and thereby boost cell growth in human bodies.

The petition also mentions the fact that respective agencies that are supposed to introduce EMF exposure safety standards on permissible EMF exposure levels have so far failed to so, adding that “no sufficient guidelines”  have been imposed “to protect the general public, particularly children who are more vulnerable to the effects of EMF”. The petition has openly criticised the WHO in this regard:

"By not taking action, the WHO is failing to fulfil its role as the preeminent international public health agency".

In light of the technological and digital revolution of the past several years and launch of cutting-edge smartphones, EMF exposure has become a subject of scrupulous study.

More specifically, Dr Andrew Goldsworthy, a retired lecturer from the Imperial College of London, one of the top three UK universities after Oxford and Cambridge, described “The Biological Effects of Weak Electromagnetic Fields” at length in a publication dated March 2012.

Short wavelengths, as well as the rapid rise and fall times of pulses emitted by Bluetooth and cell phones, can damage human cells by throwing off calcium ion signalling and causing ion channels to leak. This cellular disruption can cause irreparable DNA damage in the long run, which in turn increases cancer risk.

With this exposure close to the head, like in the case of headphones, the blood-brain barrier thins and weakens, leading to neuronal damage, DefenderShield cited Goldsworthy’s research.

Meanwhile, some scientists, bioengineers in particular, have accused the afore-mentioned petition of cherry-picking varying data to prove the negative effects of EMF waves, suggesting the given arguments are not credible enough and citing the radio waves in headphones to be too miniscule to cause any harm.

"There are many thousands of papers of varying quality and relevance to health that point in all sorts of directions", Kenneth Foster, a professor of bioengineering at the University of Pennsylvania, insisted, adding that there is no objective evidence of harm that EMF may inflict.