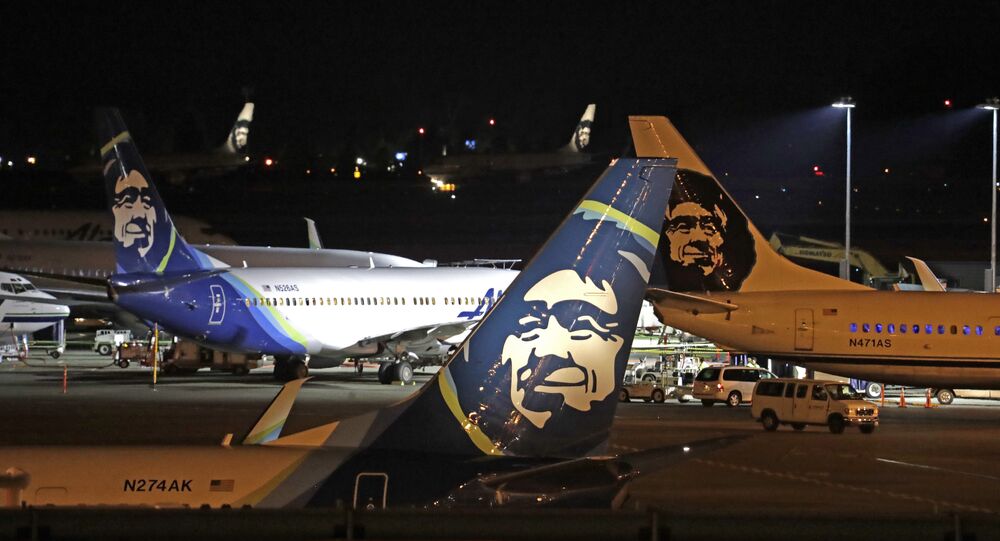 WASHINGTON (Sputnik) - Alaska Airlines will be the first participant in a program to use a blend of biofuel made by World Energy and traditional fuel when it takes delivery of three 737 MAX airplanes this year, Boeing announced in a press release.

"Alaska Airlines, the first participant in the program, will use a blend of biofuel made by World Energy and traditional fuel when it takes delivery of three Boeing 737 MAX airplanes this year," the release stated on Friday.

© CC BY-SA 2.0 / Alec Wilson / PK-LOI
Boeing Kept Pilots Unaware of New Feature of 737 Model Causing Plane to Steep Dive - Reports
Under the program, Boeing will begin offering airlines and operators the option of powering their new commercial jets with biofuel for the flight home to encourage the more widespread use of sustainable aviation fuels that cut emissions up to 80 percent help protect the environment, the company said.

"The biofuel option will be available for customers accepting new airplanes at Boeing’s delivery centres in Seattle and Everett, Washington. The company also plans to use biofuel for certain flight tests at its Boeing Field facility," the release said.

World Energy produces the biofuel at its refinery in Paramount in the US state of California, the world’s first facility designed to commercially produce renewable jet fuel and it is made from agriculture waste, Boeing added.