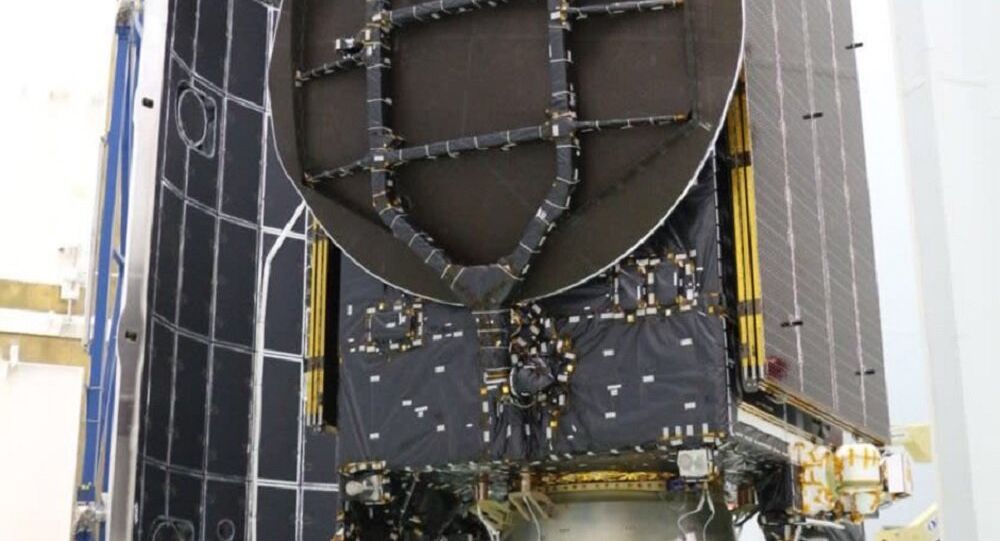 Beresheet, Israel’s first spacecraft to be sent to the moon, snapped a selfie 20,000 miles into its journey on Tuesday, with the Earth’s southern hemisphere serving as a backdrop.

Or is it that humanity is photobombing Beresheet?

© CC0
Quick As You Can: NASA Promotes Speedy Creation of New US Lunar Program

Beresheet — the name means "in the beginning" in Hebrew — blasted off from Cape Canaveral, Florida, on the top of a SpaceX Falcon 9 on February 22, and if its mission is successful, it'll become Israel's first spacecraft to land on the moon and make Israel only the fourth country to do so. Only the US, USSR and China have accomplished the feat.

The image shows the top of the spacecraft and a plaque that features the Israeli flag and the messages "Am Yisrael Chai" in Hebrew (long live the nation of Israel) and "Small Country, Big Dreams" in English. To the left of the plaque is the Earth, still close enough for Australia to be clearly visible.

At a distance of 37,600 km from Earth, #Beresheet’s selfie camera took a picture of #Earth. Australia can be clearly seen! This photo was taken during a slow spin of the #spacecraft & for the first time see the #Israeli flag 🇮🇱 & text, "am yisrael chai." #IsraelToTheMoon #SpaceIL pic.twitter.com/ELFZsaShXg

​Beresheet will orbit Earth for another month or so, slowly working its way out to the moon, where it's scheduled to land on April 11. The small craft is about "the size of a smart car," according to Israeli entrepreneur Yonatan Winetraub, who partnered with fellow entrepreneurs Yariv Bash and Kfir Damari to form SpaceIL and compete for the Google Lunar X Prize. Winning that contest in 2017, they netted the $20 million prize, although the entire mission will cost about $100 million, Space.com reported.

The actual lander is closer to the size of a dishwasher, Quartz reported. Once on the moon, the lander will measure the moon's magnetic field and deposit a "time capsule" of digital files featuring items of cultural and historical significance to the Israeli state and the Jewish community.

"I am proud of the decision of the Science and Technology Ministry to be a partner in this project," Akunis said.