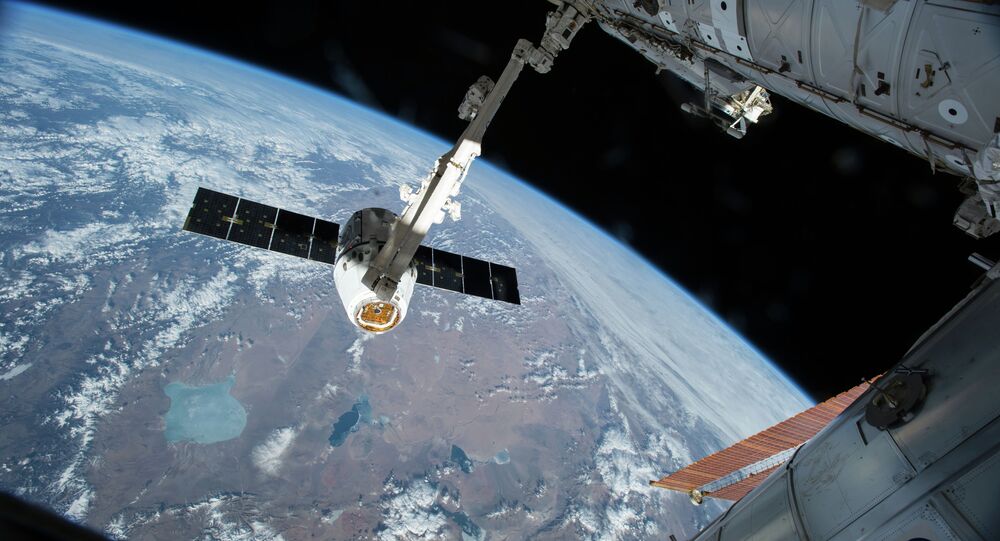 MOSCOW (Sputnik) – Air analyzers registered a high concentration of isopropyl alcohol in the air circulating within the International Space Station (ISS) after the arrival of US unmanned spacecraft Dragon 2 this weekend, a source in the Russian rocket and space industry told Sputnik on Tuesday.

Isopropyl alcohol is a colourless liquid used in cosmetics, perfumery, household chemicals and medicine as a sanitizer. Long-term contact with higher concentrations of isopropyl alcoholic fumes may result in headaches, and eye and respiratory irritation.

"Currently the US party is studying the unusual smell noticed by the ISS crew several hours after the hatch of the Dragon-2 spacecraft was opened. The astronauts took air samples with an analyzer that showed the high concentration of isopropyl alcohol," the source said.

The source added that the concentration of isopropyl alcohol in the ISS was normal before the Dragon 2 docking.

The view from #Dragon and from the #ISS#Dragon2 #SpaceX #NASA #ISS #Approaching pic.twitter.com/Im77trBWBy

​Dragon 2, also known as Crew Dragon, embarked on its first unmanned test mission to the ISS from NASA's Kennedy Space Center, at 2:49 a.m. EST (07:49 GMT) on Saturday aboard the Falcon 9 rocket. The docking took place on Sunday.