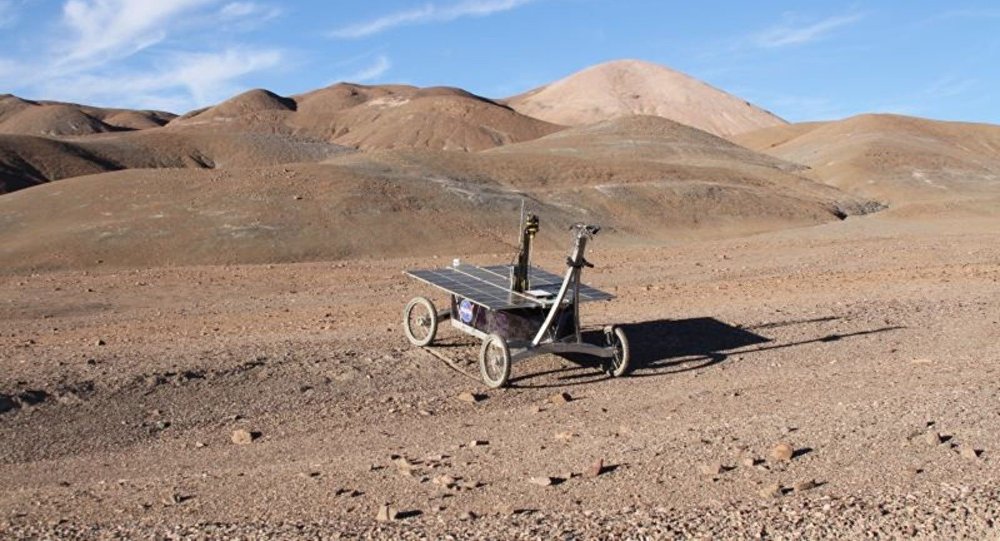 Earlier this month, space enthusiasts worldwide bid farewell to the Mars Opportunity rover, which shut down after traversing the Red Planet for over 14 years, collecting priceless information, including proof that water which could have sustained microbial life once flowed on the Martian surface, and transmitting it back to Earth.

Researchers from Singapore, the United States and New Zealand have conducted a detailed study of the Atacama Desert in Chile, quite possibly the most Mars-like environment on Earth, discovering "unusual" microbes which they said are unlike anything they've seen.

"We found microbes adapted to high salt levels, similar to what may be expected in the Martian subsurface. These microbes are very different from those previously known to occur on the surface of deserts," Dr. Stephen B. Pointing, a scientist from the department of biological sciences at the National University of Singapore and coauthor of the study, explained in a statement.

© AP Photo / NASA
NASA Scientist Says There Might Be ‘Crazy Form of Methane-Based Life’ on Titan
The rover's findings were particularly important for future Mars research, according to the academic, given that any possible evidence of life on Mars would be found below the surface, "to escape the harsh surface conditions where high radiation, low temperature and lack of water make life unlikely."

According to Dr. Pointing, the scientists' mission demonstrated "that a robotic rover can recover subsurface soil in the most Mars-like desert on Earth."

Chile's Atacama Desert, a vast plateau covering a 1,000 km strip of land on the Pacific coast west of the Andes Mountains, is one of the driest places on Earth, and is the only true desert to receive less annual precipitation than the so-called 'ice deserts' in  the Arctic and Antarctic. The extremely inhospitable nature of parts of the desert makes some areas so arid that no plant or animal life is thought capable of surviving.

The desert's extreme nature has made it a perfect testing ground for Mars rovers, with scientists regularly testing out rovers in the area since the early 2000s.

In Dr. Pointing et al.'s work, recently published in the Frontiers in Microbiology journal, scientists sent an autonomous rover with an onboard drilling-and-sampling device to drill 800 mm (about 31.50 inches) into the desert surface and analyse its findings. 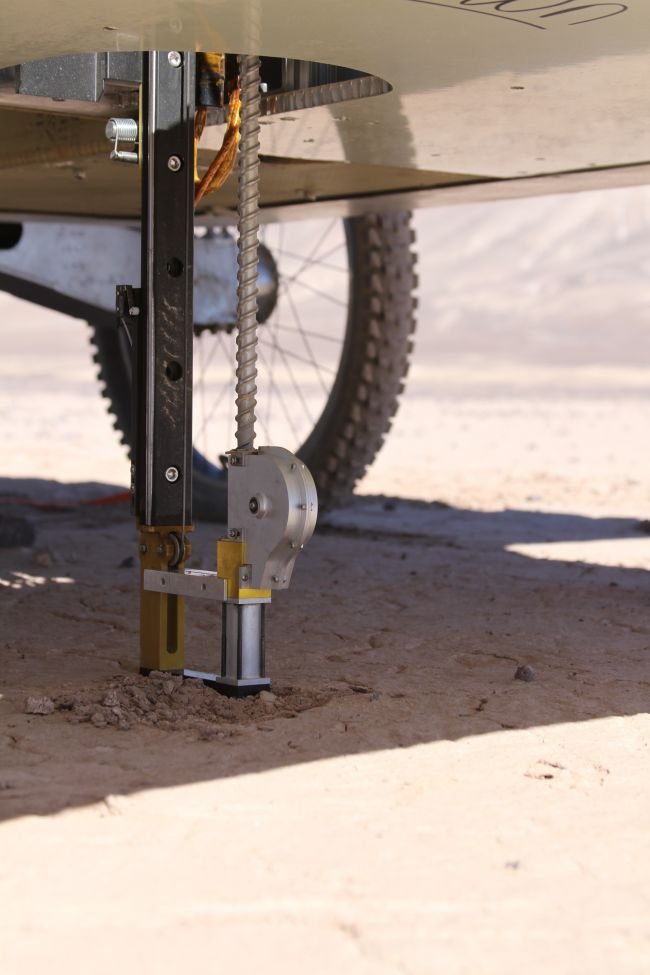 The results not only demonstrated the feasibility of using the rover to search for hard-to-find life, but provided an "unprecedented level of detail" into kinds of microbial life which were never seen before, the study boasted. 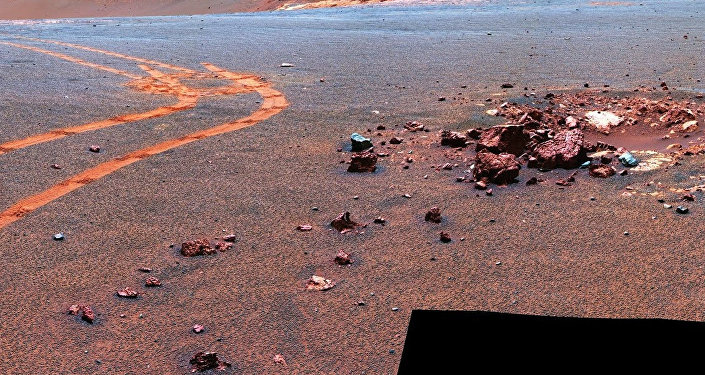 © NASA . NASA
Sibling Mourning? NASA Curiosity Rover Reboots Self After Sister Rover Shut Down
According to a statement by study coauthors Nathalie Cabrol and Kim Warren-Rhodes, "these results confirm a basic ecological rule that microbial life is patchy in Earth's most extreme habitats, which hints that past or present life on other planets may also exhibit patchiness."

"Our findings provide possible signposts to guide the exploration for life on Mars, demonstrating that it is possible to detect life with smart robotic search and sampling strategies," the scientists added.

The European Space Agency and NASA each plan to deploy new rovers on the Red Planet in 2020, with each probe expected to drill into the planet's surface to find out whether simple microbial life continues exist on Mars. The Mars mission probes expect to drill some 2 meters (6.5 feet). NASA's probe will cache some of its samples for future return to Earth via a mission that's yet to be set up.

Scientists believe that billions of years ago, Mars had a temperate climate, vast amounts of liquid water and an atmosphere, making the planet a prime candidate for life. In recent decades, studies by American, Russian and European scientists discovered not only evidence of water ice, but trace elements of methane, believed to be a possible source of organic life.

Mysterious White Cloud Hanging Over Long Dead Martian Volcano. What is It?