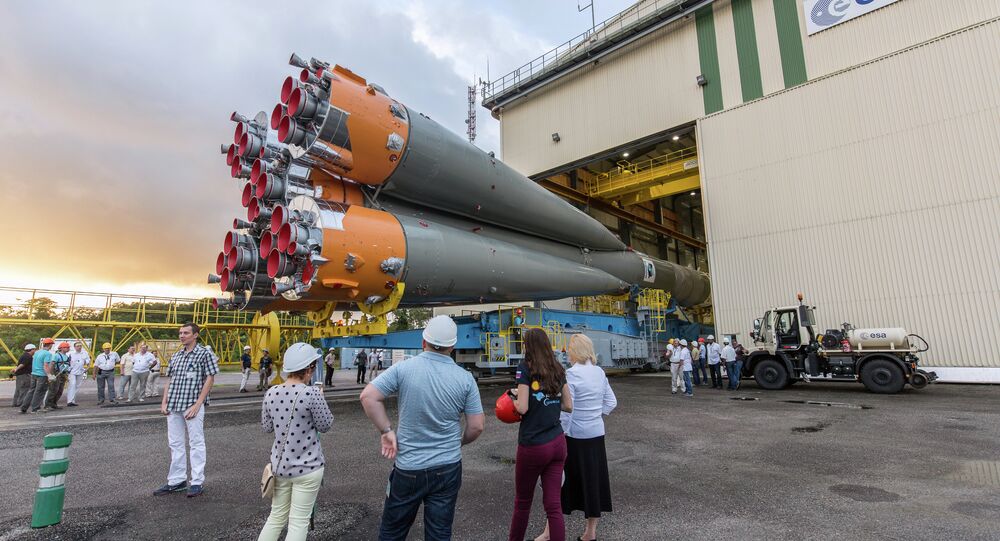 MOSCOW (Sputnik) – The next launch of the Russian Soyuz carrier rocket from the Guiana Space Center in Kourou is scheduled for 29 March, Arianespace launch service provider’s CEO Stephane Israel said, adding that the vehicle will fly to space four UK communication satellites O3b.

On Wednesday, a source told Sputnik that the launch of the four telecoms satellites of the O3b constellation had been postponed for three days from 26 March to 29 March.

"Soyuz will be back in the Guiana space center 29 of March for a very deep partner and customer for us — it is SES O3b. We will deliver the fifth launch of the O3b SES the 29th of March", Israel said during a press conference, broadcasted by Arianespace’s YouTube channel.

The O3b satellites are designed to create a new European medium-orbit satellite communications system to provide communication and high-speed Internet access to about 3 billion residents of remote and developing regions, where it is impossible to lay fiber optic cables. The customer of the launch is the global satellite operator SES.

© Sputnik / Igor Zarembo
Launch of European Ariane-5 Space Rocket From Kourou Postponed: Arianespace
A total of 16 O3b satellites were flown to space by four Soyuz-ST rockets over the past five years. Since October 2011, Soyuz-ST rockets were launched 21 times from Kourou.

The Guiana Space Center (CSG) is a European spaceport located near the town of Kourou in French Guiana in Latin America. Its location near the equator provides a 15-percent payload advantage compared to the launches in the east direction from the US spaceport at Cape Canaveral and 40-percent payload advantage compared to launches from Baikonur Cosmodrome. The spaceport is used in the interests of joint European space programs.