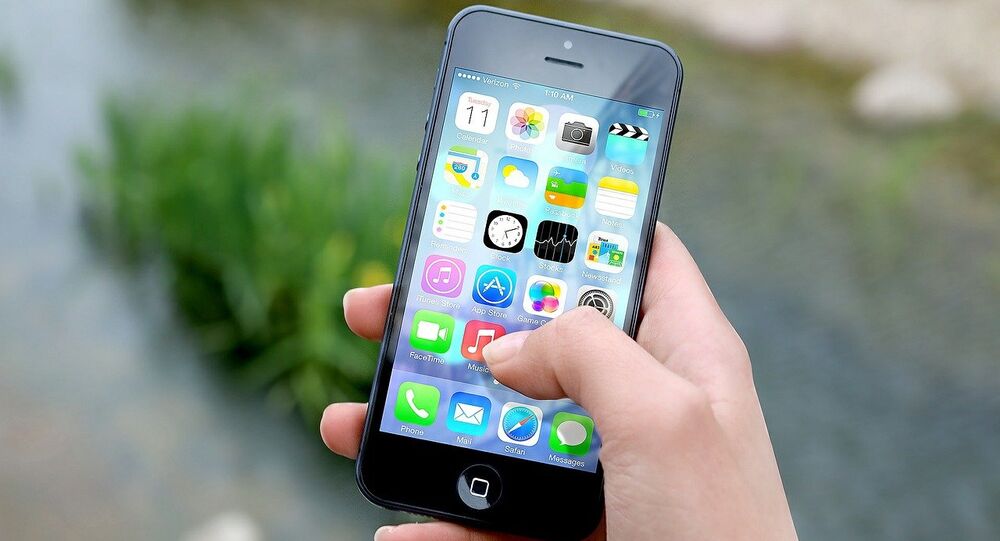 Imagine if the uniqueness of the way you walk or move your hand could be used to lock or unlock your smartphone? Nations around the world are racing to apply artificial intelligence to the dreaded problem of forgetting or changing the nonsense streams of figures that are the bedrock of modern computer access security.

Researchers in China, the US and South Africa are racing to secure their devices with the next step in recognition technology: AI that tracks how you walk and move your body, so that nobody can use your stuff except you. The technology also has applications in law enforcement and medicine, experts say.

In the US, the initiative is headed up by the Pentagon, which hopes to market it to the private sector once it's off the ground, which it hopes will happen in the next two months.

"Our goal from the very start was not to have something that was focused solely on the DOD [Department of Defense]," Steven Wallace, a systems innovation scientist at the Pentagon's Defense Information Systems Agency (DISA), told the Washington Post for a Tuesday story. "Our focus from the start was something usable at the commercial level."

The DOD is teaming up with unnamed chipmakers and smartphone developers to get the project going, and Wallace said DISA is already testing the system on over 50 phones.

While the drive is the need to find a solution to the problem of rotating nonsense passwords, the DOD wants to save some dough, too: Wallace told the Post that in the past, the Pentagon has built super-secure smartphones, but they were limited to top officials because of their hefty $4,500 price tag.

Similar technology also exists in certain spheres such as financial services and health care, according to Dawud Gordon, CEO of the company TwoSense, which works on just such a program, where it exists as a software addition, not a hardware base.

The difference matters, since hardware sensors would be part of the device and not be connected to or compiled by third parties.

Wallace told the Post that DISA's system creates a unique profile for users as its sensors track them doing various actions, such as walking with the phone, typing on it and pulling it out of their pocket or purse. A certain amount of deviation from the norm is allowed, but if you deviate too far, it'll lock the phone, and you'll need to access it via a more standard login style.

In China, however, the initiative is with the private sector, where a number of startups such as Watrix, SenseTime and Megvii, Inc. are rushing to develop the technology. However, police in many Chinese cities are using early forms of the technology, too.

Gait recognition is considered superior to facial recognition because it's much harder to conceal one's body movements altogether, even with a skirt, dress or robe.

"With facial recognition people need to look into a camera — cooperation is not needed for them to be recognised [by our technology]," Huang Yongzhen, co-founder and chief executive of Watrix, told the South China Morning Post for a Tuesday article.

"Our accuracy rate at the laboratory level exceeds 96 percent, while Watrix has over 50 patents in both China and the US," Huang said, noting Watrix can identify someone from 50 meters away. Huang said he hopes to market the tech to city governments in Beijing, Shanghai and Chongqing, which already use something similar.

"We are currently working with police on criminal investigations, such as tracking suspects from a robbery scene," Huang said. "Currently, China has about 300,000 wanted criminals on the loose and counting. [Our software's] database includes those with a prior gait record."

Interestingly enough, Huang credited the Pentagon with having seeded the idea for Chinese developers, noting that the Chinese Academy of Sciences was inspired to begin its own research into gait-recognition by the US Defence Advanced Research Projects Agency (DARPA), which worked on the tech in the 2000s.

"DARPA is like a wind vane in technology. Whatever projects it works on serve both social and national interests," said Huang, a former academy member.

Huang told SCMP the technology has potential applications in many facets of life, from smart homes that can detect when an elderly person is about to fall to hospitals, which could use gait recognition to diagnose neural issues, as well as in physical therapy and sports training. "To me, it's a cool technology and is beneficial to society and humans," he said.

In July 2017, China unveiled its plan to become the world leader in artificial intelligence by 2030. The socialist country set aside $150 billion for industrial investment, prompting a number of other countries with strong tech sectors, including the US, South Korea, the UK, France and Canada, to launch their own AI investment initiatives.

US efforts to jump-start its AI research and development have stumbled, with the DOD being reluctant to totally overhaul its legacy systems and US corporations like Google getting cold feet about helping the US state develop weapons of war that make use of artificial intelligence.

Earlier this month, US President Donald Trump tried to take a bite out of China's slowly developing lead in AI when he announced "a concerted effort to promote advancements in technology and innovation, while protecting American technology, economic and national security, civil liberties, privacy and American values and enhancing international and industry collaboration with foreign partners and allies," Sputnik reported.

"It is the policy of the United States Government to sustain and enhance the scientific, technological, and economic leadership position of the United States in AI R&D and deployment through a coordinated Federal Government strategy, the American AI Initiative," the February 12 executive order reads. However, while the order directs numerous agencies to figure out ways to redirect their funding in support of the initiative's ends, it provides no money by itself to support any program.

Last October, researchers from the University of Pretoria and City University of Hong Kong presented their own version of the gait-recognition technology, describing it as a type of biometrics that "takes advantage of the device's pre-existing hardware," at the 44th annual IEEE Industrial Electronics Society conference in Washington, DC.

"While the performance of the proposed scheme is promising, it does need to be improved in order for the system to become practically viable," it continues.