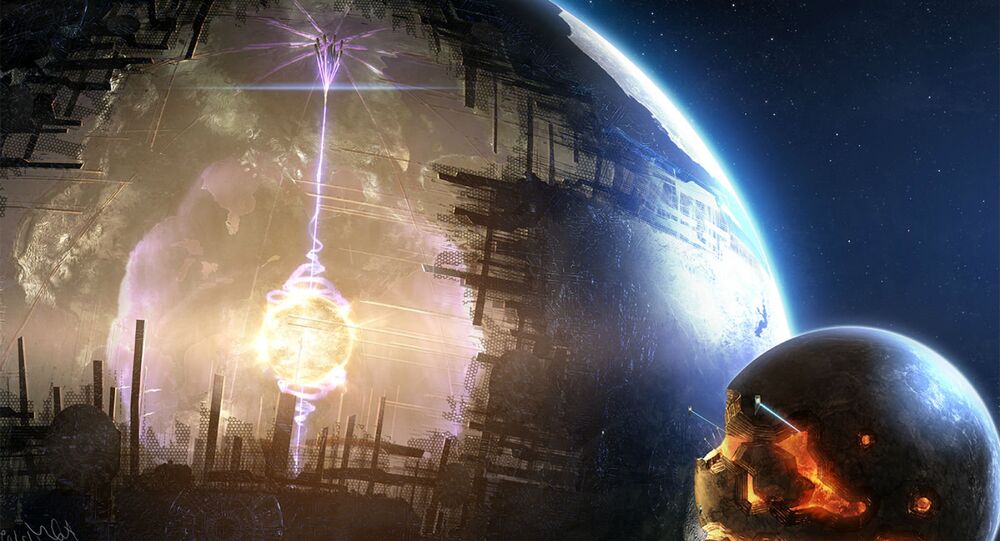 KIC 8462852, a star in the Gygnus constellation about 1,470 light-years from Earth, has wowed professional astronomers and citizen scientists alike for years with the irregular changes in its brightness, which scientists have theorised could be caused by an alien megastructure blocking light waves from being beamed out into the galaxy.

A group of astronomers from the US, the Netherlands, Australia and Greece have conducted a new investigation into the mysterious KIC 8462852 star, also humorously (and perhaps appropriately) known as the WTF Star, in an attempt to get a handle on the causes of odd fluctuations in the intensity of the light it projects.

The study involved scanning the celestial object for traces of laser radiation of more than 24 megawatts, the lower limit of laser light detectable by the Lick Observatory's Automated Planet Finder telescope in Mount Hamilton, California, in a bid to find alien life.

According to the researchers' thinking, 24 megawatts+ is a level of laser technology available to humanity. Therefore, they posited, if an advanced alien civilisation exists on KIC 8462852 and it has lasers, it might be using them in a way which we could detect.

© CC BY 4.0 / ESO/M. Kornmesser / The first interstellar asteroid, `Oumuamua
Alien Intelligence: Is Oumuamua Asteroid Acting Like Cutting-Edge 'Light Sail' Technology?
Developing an algorithm and performing a "pixel-by-pixel analysis of each spectrum to identify spatially unresolved emission lines that meet the criteria for an artificial laser signal," astronomers identified some 58 signals which they said could have been caused by alien civilisations. 53 were quickly discarded as false positives.

As for the remaining five candidates, these "can all be explained as either cosmic ray hits, stellar emission lines or atmospheric air glow emission lines,"  according to the researchers.

In other words, the astronomers found, the signals probably aren't alien in origin. However, they added that their work has helped to lay the foundation for further research into odd signatures possibly associated with alien technologies.

"Other than a laser beacon deliberately directed by an extraterrestrial civilisation towards Earth, it is to be expected that extraterrestrial laser signals would be transient in nature. This is due to likely relative motion of an emitter with respect to Earth, and conceivably the likely use cases for high powered lasers (for example: communication, spaceship propulsion, military). To maximise the probability of detecting extraterrestrial laser signals, a variety of stellar types and the stars most nearby the sun should be observed and their spectra searched for laser lines," researchers concluded.

© NASA . JPL-Caltech
Alien Life May Exist on Huge ‘Super-Earth’ Mere Light-Years Away – Study
WTF Star, also known as Tabby's Star or Boyajian's Star, piqued the attention of astronomers in 2015 over the irregular observed changes in its luminosity. Some scientists proposed that the reason for the changing brightness levels may have been a giant space engineering structure built by an extraterrestrial civilisation, not unlike the so-called 'Dyson sphere' megastructure of science fiction lore, where a star is surrounded by a giant inhabited 'shell' or ring at a distance which would make it optimal for habitation. However, other astronomers believe the irregular dimming may be caused by a thin cloud of dust or other celestial body of natural origin.

The researchers' paper has been accepted for publication by the Publication of the Astronomical Society of the Pacific academic journal, and can be found here.