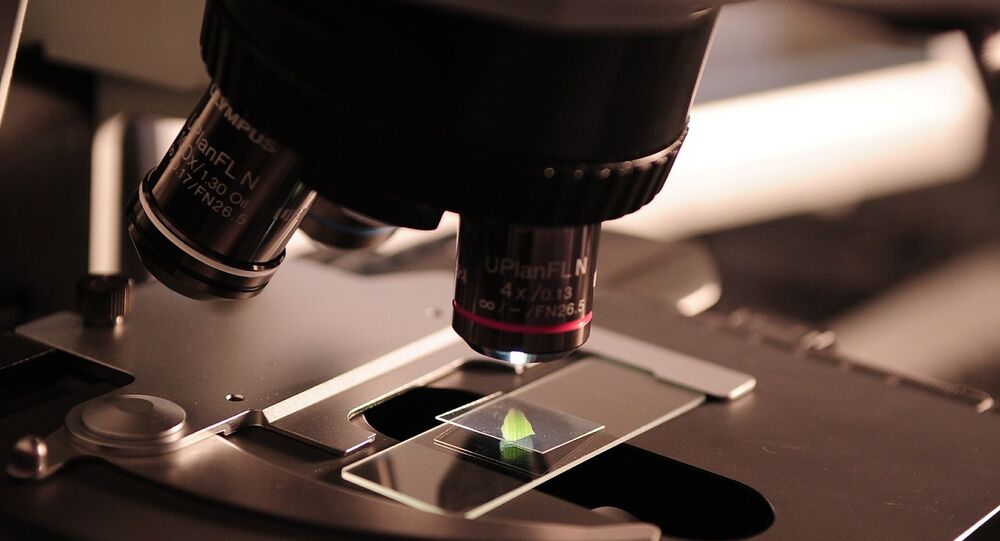 The new method is more economically efficient and environmentally friendly than the one used today, researchers say. Carbon produced this way can also reportedly serve as a supercapacitor - a device that can store and transfer a very high electrical charge.

A new method invented by a group of Australian scientists allows CO2 to be captured from the atmosphere and converted directly into carbon particles similar to common coal.

The method, developed by scientists from RMIT University in Melbourne, Australia, involves liquid metal and an electrolyte liquid. Carbon dioxide gas is dissolved in a beaker filled with the mix and charged with electric current, which slowly converts it into solid flakes. The method is especially convenient, since the flakes do not accumulate on liquid metal, allowing for continued production, the Independent reports.

"While we can't literally turn back time, turning carbon dioxide back into coal and burying it back in the ground is a bit like rewinding the emissions clock," RMIT researcher Dr. Torben Daeneke says. "To date, CO2 has only been converted into a solid at extremely high temperatures, making it industrially unviable."

© CC0
NASA Researchers Almost Created Life Out of Minerals in Lab Experiment
Currently, carbon dioxide can only be buried utilizing a process in which gas is compressed into liquid and then pumped underground, where it supposedly turns into coal at an excruciatingly slow pace. This method is economically unrealistic, and also raises environmental concerns because of possible leaks and increasing seismic activity.

According to the RMIT researchers, carbon created in their process can be used in electrical applications as a "supercapacitor" — a

"A side benefit of the process is that the carbon can hold electrical charge, becoming a supercapacitor, so it could potentially be used as a component in future vehicles," lead author Dorna Esrafilzadeh says.

"The process also produces synthetic fuel as a by-product, which could also have industrial applications," she added.

While the researchers admit that more study is needed, their method has already proven itself to be efficient and scalable, according to the Independent.

The research results have been published in the Nature Communications journal.

Out of Gas: Beer Shortage Looms Amid Lack of Carbon Dioxide in Europe

What’s in Store For the Planet? Professor’s Take on Staggering Carbon Levels