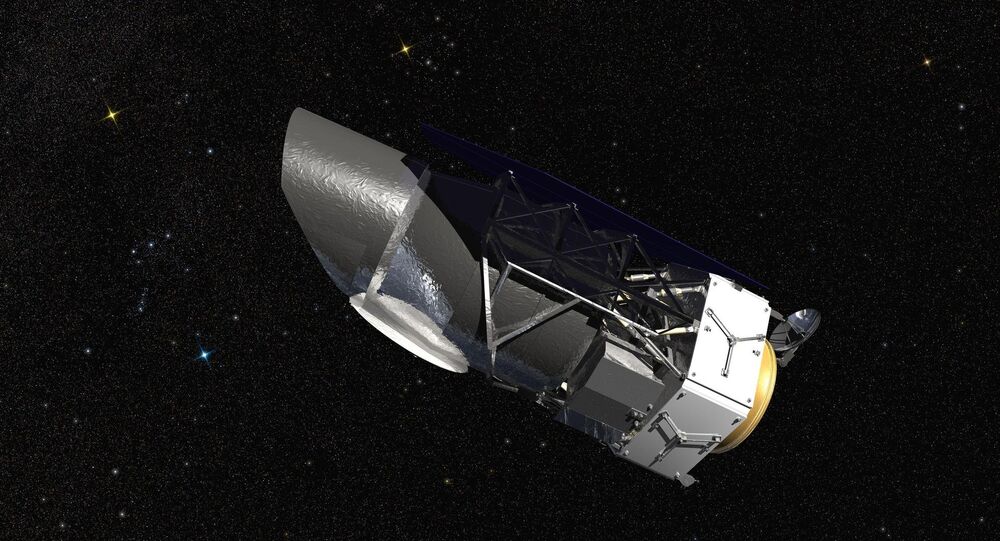 A new study by a team of astronomers projects that the new Wide Field Infrared Survey Telescope (WFIRST) could find a whopping 1,400 new exoplanets, many of them Earth’s size or smaller.

A team of astronomers at Ohio State University have projected that WFIRST, the most powerful space telescope since the Hubble, could substantially add to the number of known planets outside our solar system. Their findings were published Monday in the Astrophysical Journal Supplement Series.

As of February 1, Earth scientists have found nearly 4,000 planets in roughly 700 planetary systems, but judging by the Ohio State astronomers' findings, WFIRST, which will launch sometime in the middle of the next decade, could add another 1,400 planets to that list.

The Kepler Space Telescope was retired last October after a nine-year run, well exceeding its mission expectations and cataloguing an astonishing 2,662 exoplanets, the New York Times reported at the time.

"Kepler began the search by looking for planets that orbit their stars closer than the Earth is to our sun," said Matthew Penny, lead author of the study and postdoctoral researcher in the Ohio State Department of Astronomy. "WFIRST will complete it by finding planets with larger orbits."

However, the two satellites use somewhat different methods of detection. Whereas Kepler looked for the dimming of stars caused by planets passing in front of them, WFIRST will look for gravitational microlensing, or the distortion of light caused by it passing through an intense gravitational field — such as that of a planet or star.

This is a pretty famous image of gravitational lensing, the existence of which verifies Albert Einstein's Theory of Relativity.

The picture shows a famous cosmic mirage known as the Einstein Cross, and is a direct visual confirmation of the theory of general relativity. #SPACE #ASTRONOMY pic.twitter.com/zU7ja4yKln

​To the observer here on (or in the orbit of) Earth, the distortion of light originating behind a planet will reveal the planet's existence.

"The Wide Field Instrument will have a field of view that is 100 times greater than the Hubble infrared instrument, capturing more of the sky with less observing time," says the WFIRST mission page on the website of NASA, the United States' national space agency. "As the primary instrument, the Wide Field Instrument will measure light from a billion galaxies over the course of the mission lifetime. It will perform a microlensing survey of the inner Milky Way to find ~2,600 exoplanets. The Coronagraph Instrument will perform high contrast imaging and spectroscopy of dozens of individual nearby exoplanets."

This animated gif shows that WFIRST will only require two pointings to take in as much of the sky as it took the Hubble 432 pointings to cover.

​"Although it's a small fraction of the sky, it's huge compared to what other space telescopes can do," Penny said, according to Phys.org. "It's WFIRST's unique combination — both a wide field of view and a high resolution — that make it so powerful for microlensing planet searches. Previous space telescopes, including Hubble and James Webb, have had to choose one or the other."

"WFIRST will allow us to find types of planets that we haven't seen before now," Penny said. "From WFIRST's microlensing survey, we will learn how frequently different types of planets are formed, and how unique our solar system is."

The study estimates that 100 of the anticipated 1,400 planets will be Earth-sized or smaller, which have so far been much harder to spot than Jupiter-sized giants.

For such a big mission, WFIRST is far from a colossus: its mirror is 7.9 feet wide, and even though it's not due to launch until the mid-2020s, NASA scientists have already posted some photos of the craft's primary mirror and outer barrel, presently under construction.

Meet WFIRST, The Space Telescope with the Power of 100 Hubbles pic.twitter.com/KiTdhwR8xA

© AP Photo / JAXA handout
Japanese Probe Hayabusa2 Touches Down on Ryugu Asteroid
​Last December, NASA announced that the Harris Corporation had been given a $195.9 million contract to build the probe, a financial lifeline that expires on December 1, 2025, Sputnik reported at the time.

While it appeared that WFIRST's future was on the rocks, US President Donald Trump backed down from an earlier threat to kill the project in the name of cost savings, instead giving NASA an 8 percent budget increase, allotting it $21.5 billion, with increases for nearly all of the agency's programs, in a budget bill signed February 15, The Verge reported. The budget for the six-year WFIRST mission is $3.2 billion, according to NASA.