A new moon called Hippocamp, named after a mythological equine sea creature had been previously overlooked by other spacecraft as it is only 34 kilometres in diameter and has a tight orbit around the blue giant, going around the planet once a day.

Hippocamp is one of the seven inner moons of Neptune who orbit the planet once every day. When the Voyager 2 spacecraft passed by Neptune in 1989, it discovered six moons in Neptune’s inner orbit, yet missed Hippocamp because of its dimness and suboptimal camera angles. The other seven satellites of Neptune are located at more of a distance and have trajectories that are more irregular.

After 30 years a team led by Mark Showalter, a senior research scientist at the SETI (Search for Extraterrestrial Intelligence) Institute, pinpointed Hippocamp in images captured by the Hubble Space Telescope. The team published their findings on Wednesday in Nature magazine.

The scientists believe the new moon was formed after a comet collided with Proteus, the largest of Neptune’s inner moons and 4,000 times the size of Hippocamp. Hippocamp is close to Proteus, orbiting about 12,000 kilometres inside its trajectory, and Proteus has a giant impact crater called Pharos, which stretches at least 230 kilometres across its surface. Showalter and his colleagues suggest that Hippocamp could have been made from broken-off leftovers of whatever had caused the Pharos event.

“The discovery of tiny Hippocamp contributes to our understanding of the history of Neptune’s inner system. Proteus and Hippocamp were even closer in the past because Proteus is migrating outwards owing to tidal interactions with Neptune. It is, therefore, worth exploring the possible connection between these moons,” the scientists wrote in the study. 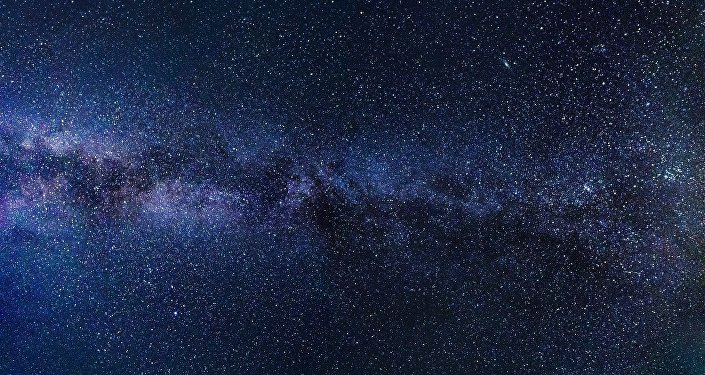 © CC0
Astronomers Detect Mysterious Radio Signals From Deep Space
Based on the rate at which Proteus moved away from Neptune, the team suggested that Hippocamp is a few billion years old. However, in the bigger picture, all seven of Neptune’s inner worlds, including Proteus and Hippocamp, could have been created by the arrival of Triton, Neptune’s largest moon, several billion years ago. Triton has an irregular retrograde orbit, circling Neptune in the opposite direction of the planet’s rotation. Scientists think this is because Triton was once a free object from the Kuiper belt – an accumulation of icy objects such as comets and asteroids located beyond the known planets. Triton became bound to Neptune when it ventured too close.

Neptune probably had a completely different set of inner moons when it captured Triton in its gravity force, but Triton’s gravitational pull caused them to collide with each other, creating Neptune’s thin rings and the seven inner moons.

Showalter’s team believes that this discovery could help to “illustrate the roles that collisions and orbital migration have played in shaping the Neptune system that we see today.”