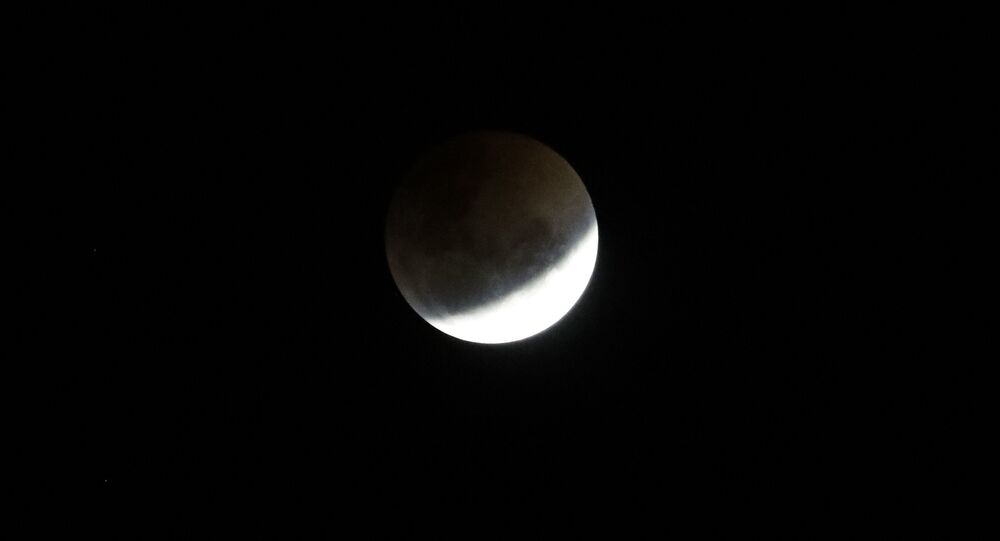 MOSCOW (Sputnik) - Russia is planning to launch the Don super-heavy carrier rocket in 2029 to deliver a takeoff/landing complex to the Moon, a space industry source told Sputnik.

"The goal of the mission will be to deliver a takeoff/landing complex to the Moon to test the landing on its surface in order to ensure the future landing of Russian cosmonauts on the Earth’s natural satellite", the source said.

Dmitry Rogozin, the Roscosmos chief said last week that the Moon exploration is a highly important task for Russian space corporation, which was set by Russian President Vladimir Putin, stressing that the task will be implemented.

© Photo : JPL-Caltech/Space Science Institute
Aliens on the Moon? New VIDEO Sparks UFO Speculation Online
On 28 November, the scientific council of Roscosmos and the Russian Academy of Sciences considered the concept of exploration and examination of the Moon.

Russia's first ever manned lunar mission is expected in 2031. According to the Roscosmos, Russia hopes to found a base on the Moon between 2036 and 2040.

Last year, media reported that large reserves of frozen water had been discovered in the polar regions of the Moon. It will not only make the construction of the lunar base easier, but also will also help scientists to find out how the water appeared on the Moon.

In January, Rogozin announced that Roscosmos could create new Federation spacecraft and, at the same time, upgrade the Soyuz spacecraft for lunar flights. In addition, he said that Russia was expecting new negotiating positions with NASA on the Moon orbit station.

To the Moon and Back: Russia Offers a Flight Around Earth's Satellite