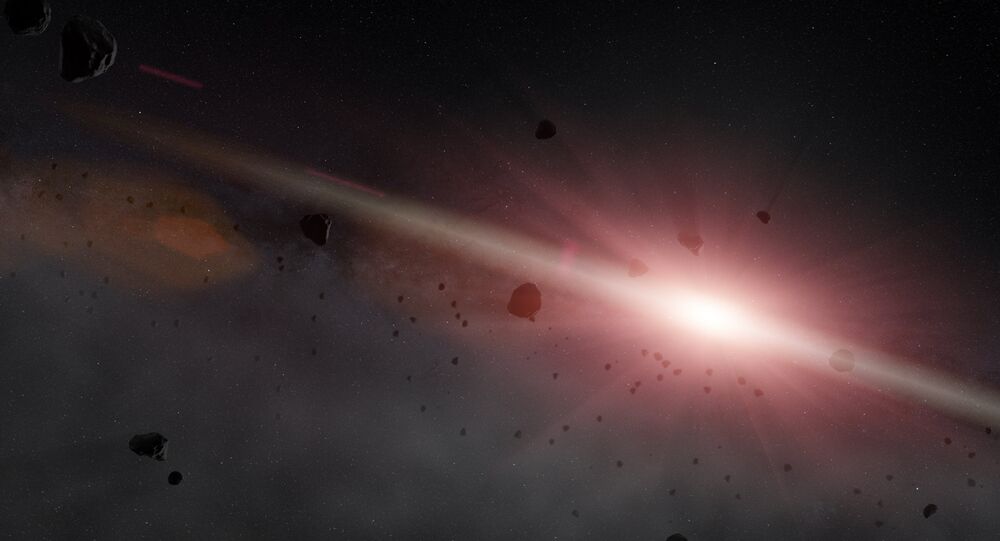 While the US space agency provided directions to people who might wish to spot the “apocalypse asteroid”, it also noted that doing so would be impossible without a telescope due to the space rock’s relatively small size.

As people around the world begin celebrating Valentine’s Day, NASA reveals that stargazers will be treated to a unique show during the occasion.

According to the space agency, planet Mars will be visible in the sky this month as a red dot that can be spotted a couple of hours after sunset.

© CC0
Frequent Visitor: Asteroid Larger Than Statue of Liberty Approaches Earth
But on 14 February, the Bennu asteroid —  a 1,600-foot rock weighing about 87 million tonnes which currently orbits the Sun between Earth and Mars, and which was branded as an "apocalypse asteroid" by the media — “will be located just to the right of Mars, about the width of your fist held at arm's length”.

"So on the 14th give a little wave to Bennu-and OSIRIS-Rex while you're at it," the space agency wrote in a post.

As NASA points out, however, Bennu is simply too small to be seen without a telescope.

Also, the space.com news website argued that Bennu shouldn’t be regarded as some kind of instrument of doomsday as it only has a one in 2,700 chance of hitting our planet in the next century, not to mention that the damage caused by such hypothetical impact would be significant but local, not global.