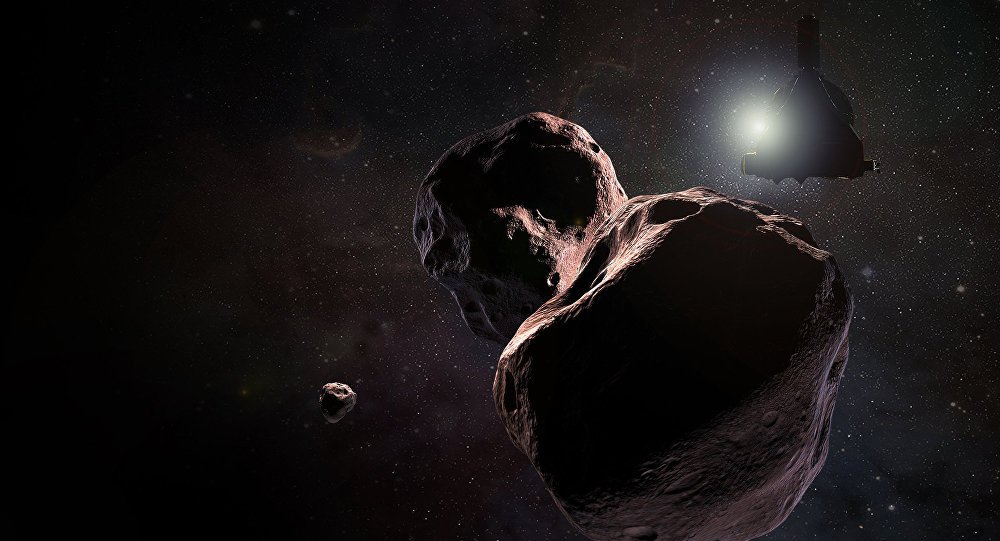 On the first day of the New Year, humanity became a little bit more familiar with the unknown. Fascinating fresh images have been taken by NASA’s New Horizons spacecraft showing a view of Kuiper Belt object (KBO) - MU69, which goes by the nickname Ultima Thule.

Ultima Thule is said to be the most distant world ever explored. There have been different assumptions about its appearance: the most recent, based on images taken within a day of the beginning of the new year, was that both parts — Ultima, the large lobe, and Thule, the smaller one, were nearly perfect spheres, barely touching each other, which NASA described as being just like a giant space snowman.

However, after images of the flying and spinning object were received, Ultima Thule has turned out to be different from the way it had been originally described at first glance.

New pics, new info! New Horizons scientists at @JHUAPL confirm the two sections (or “lobes”) of #UltimaThule are not spherical. The larger lobe more closely resembles a giant pancake and the smaller lobe is shaped like a dented walnut! https://t.co/t29kOqe5iA https://t.co/Ia6HlQQCAY

© CC0 / Pixabay
‘Studying Ultima Thule Could Help Answer How Our Planet Came to be’ - Scientist
The "new view" showed that in fact, the object's real shape is not perfectly spherical — instead, its two parts are flat, something like a "pancake" and "dented walnut", NASA said.

"We had an impression of Ultima Thule based on the limited number of images returned in the days around the flyby, but seeing more data has significantly changed our view," mission Principal Investigator Alan Stern, of Southwest Research Institute, said, as reported by the Daily Mail.

"It would be closer to reality to say Ultima Thule's shape is flatter, like a pancake. But more importantly, the new images are creating scientific puzzles about how such an object could even be formed. We've never seen something like this orbiting the Sun," he added.