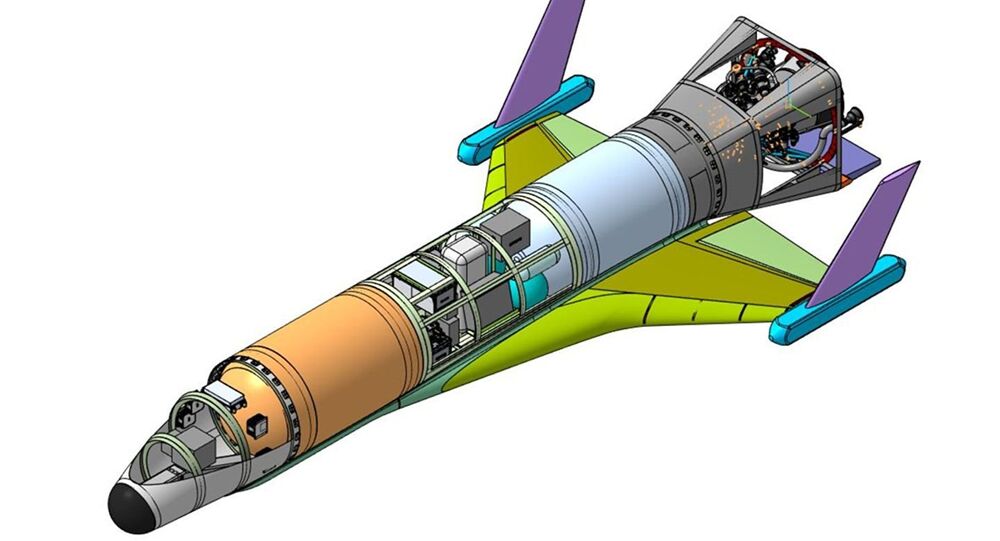 MOSCOW (Sputnik) - Sputnik has obtained an image of the prototype of Russia's reusable single-engine unmanned spacecraft.

The second image shows a diagram depicting how the drone will be put into orbit and return to Earth using parachutes.

The Russian Skolkovo foundation has previously told Sputnik that the reusable drone, which is being developed by the International Scientific Optical Network (ISON) for Russian State Space Corporation Roscosmos, will have its own propulsion system, but its prototype will for the time being be carried on an aircraft during the first phase of the flight.

© Photo : ISON
Flight scheme of Russia's first single-engine unmanned spacecraft
© Sputnik / Sergey Mamontov
Russia Successfully Tests Nuke Propulsion Spacecraft's Key Element – Authorities
Director General of ISON Yury Bakhvalov has told Sputnik that the drone will be assembled of parts and components made only in Russia, while its engine will be the same as the one used for the rocket upper stage Breeze M — 14D30. According to Bakhvalov, five tests of the drone prototype using the high-altitude geophysical research aircraft M-55 are planned for 2023.

The drone is expected to be able to reach an altitude of up to 160 kilometers (99 miles) at a speed of Mach 7. Each of these hypersonic space drones is intended for at least 50 flights.