European and American researchers made the astounding find while examining images of a globular cluster of stars known as NGC 6752.

Astronomers using the NASA/ESA Hubble Space Telescope have spotted an ancient galaxy "nearly as old as the Universe itself," Hubble's official website reported.

Initially believing the Bedin 1 group of stars was part of a separate cluster belonging to the Milky Way, astronomers soon realised that it was in fact a separate galaxy millions more light years away than previously thought.

Based on the properties of its stars, including their low-luminosity, astronomers were able to calculate that Bedin 1 is between 10 and 13 billion years old. "Because of its isolation – which resulted in hardly any interaction with other galaxies – and its age, Bedin 1 is the astronautical equivalent of a living fossil from the early Universe," Hubble's website explained. 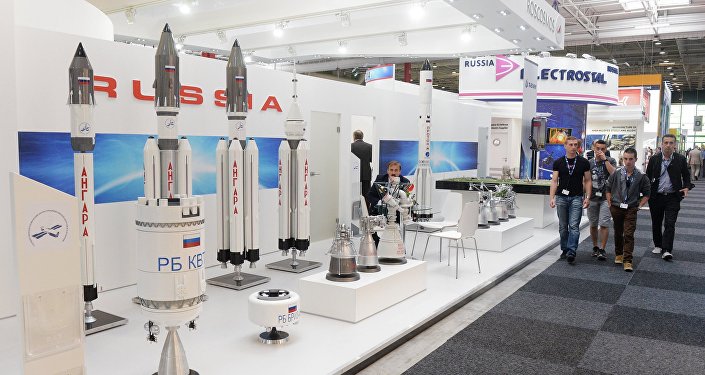 © Sputnik /
Roscosmos Singles Out Design of Carrier Rocket for Lunar Missions - Source
The ancient galaxy is one of the oldest and most isolated galaxies known to man, and was named after Luigi Bedin, a researcher at Italy's National Institute for Astrophysics who discovered it.