"Only one version of the super-heavy class rocket is being considered now. It has been proposed by the Samara-based Progress rocket space center and comprises six side boosters with RD-171MB engines and a central core stage powered by an RD-180 engine. Other proposed projects are no longer under consideration", the source said.

READ MORE: US, China to Share, Publicly Release Data From Dark Side of the Moon — NASA

"Both schemes are designed to save fuel in the central core stage, but the first scheme is considered preferable", the source added.

© CC BY 2.0 / Nick / Bristol
'Bouncing off the Moon': Bristol Man Sights Alleged UFOs in Jaw-Dropping VIDEO
Russian President Vladimir Putin signed a decree on the creation of the super-heavy rocket in early 2018. The Energia rocket manufacturer, which is part of Roscosmos, has been assigned the main contractor in the project.

In November 2019, the conceptual design of the rocket should be completed. The first launch of the rocket is scheduled for 2028, while the carrier itself should be made in 2027. 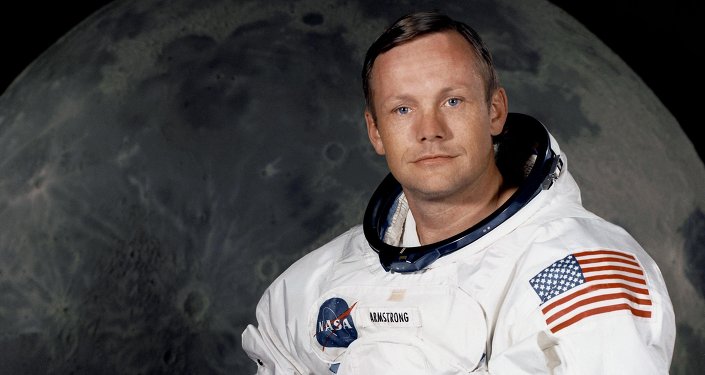 © Photo : Wikipedia
Mysterious Artifacts From Moon Discovered in Neil Armstrong's Closet
According to the agency, the Russian program of lunar exploration being developed by Roscosmos and the Russian Academy of Sciences will cover the period until 2040. In the long run, Russian scientists plan to mine water ice to extract hydrogen and oxygen, the two fuel components, and build shelters from regolith found on the moon surface.

The era of lunar exploration with the use of space technology began on 2 January 1959, when the Soviet Union launched the Luna-1 automatic interplanetary station, the first-ever spacecraft sent toward the Moon.