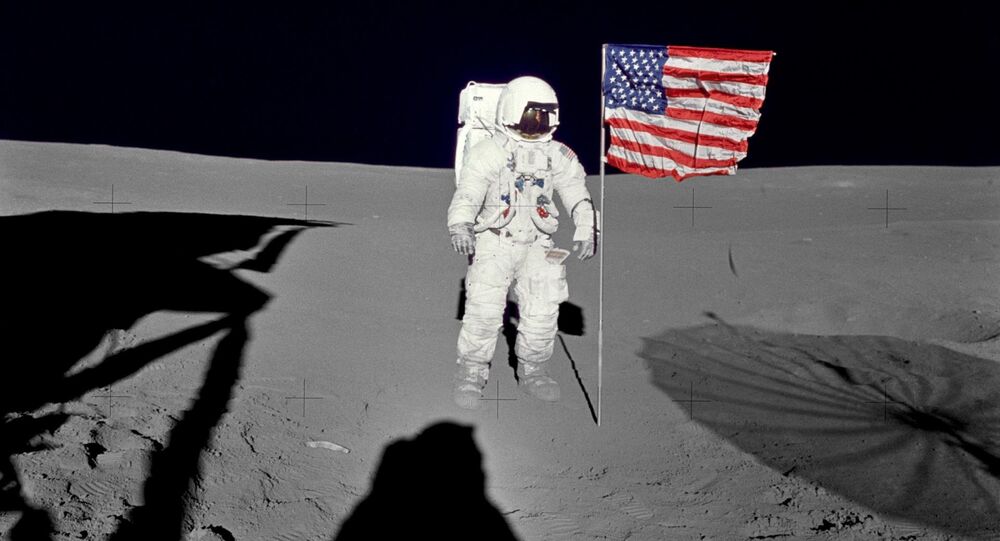 One of the Moon rock samples collected decades ago by Apollo 14 crew appears to be originally from Earth.

The rock is presumed to be the oldest known rock, formed around the same time our planet was formed, according to an analysis in Earth and Planetary Science Letters. Until this discovery, the oldest known rocks were around 2 billion years old. This rock was formed between 4 and 4.1 billion years ago, about 12.4 miles beneath the Earth’s crust, yet the most curious thing about it that it was found far beyond our planet’s surface – on the Moon.

The rock was among the samples discovered by the Apollo 14 crew. The Apollo missions brought back a whole bunch of rock samples, and scientists have been methodically analyzing them ever since. This particular rock was at the end of the list, yet it appeared to be the most interesting.

NASA’s Center for Lunar Science and Exploration (CLSE) have identified this small specimen as terrestrial due to it containing a number of various minerals like quartz and feldspar, which are common on Earth but rare on the Moon. It was possible to determine how deep beneath the earth the rock had been with the use of molecular analysis.

There is a possibility that this rock could have formed on the Moon, but it is very low. The rock, unlike other Moon rock samples, is made of an extremely high amount of earth minerals and an extremely low amount of minerals commonly found on our planet’s natural satellite. Moreover, it would have to have been formed in the Moon’s core and then somehow appear on the surface.

© Photo : JPL-Caltech/Space Science Institute
New Space Race? European Space Agency Plans to Mine Resources on Moon by 2025
Of course, there is still a question of how this rock could have ended up on the Moon? For starters, the Moon itself was once a piece of Earth, detached by a collision with a particularly large asteroid early in our planet’s history. The scientists even found pieces of Mars falling to the ground here on Earth after they were kicked into space by an impact. So, it is possible that in the early years of our Solar System when large asteroids were everywhere, that one of them hit the Earth and sent debris flying into space, and one of these rocks landed on our satellite’s surface.

Before the discovery, there were only guesses as to what the early Earth’s rocks looked like, but now scientists have something to work with. And there is a good chance that this is not the only part of our Earth on the moon’s surface.

David Kring, CLSE principal investigator and a senior author of the recently published journal article, said that the next step is to look for similar mineral signatures in lunar samples to find more relics from the younger Earth.

“It is an extraordinary find that helps paint a better picture of early Earth and the bombardment that modified our planet during the dawn of life,” Kring said in a statement, cited by Vice.