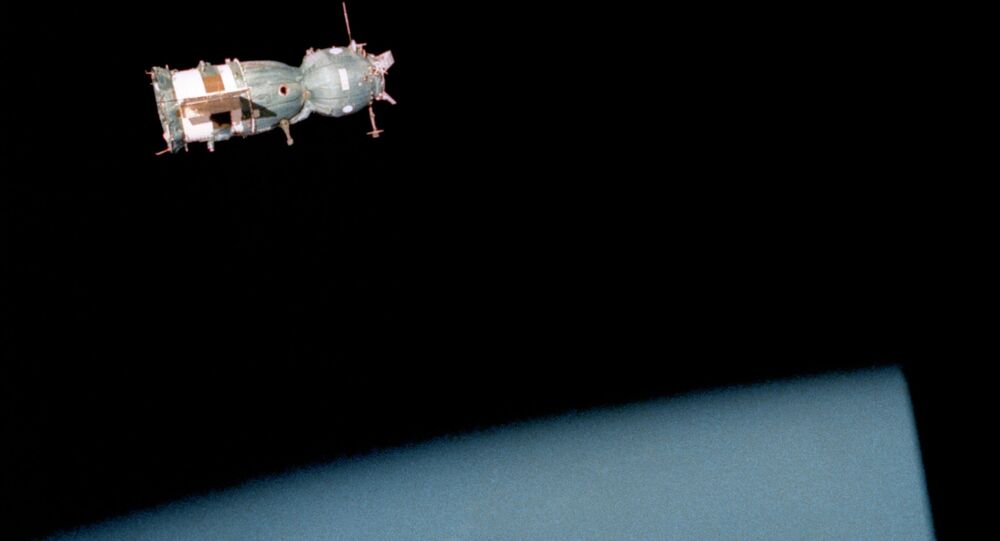 MOSCOW (Sputnik) - Russia's State Space Corporation Roscosmos chief Dmitry Rogozin has said that NASA had asked Roscosmos to create a lunar version of the Soyuz spacecraft as a backup manned space transport system for flights to the Moon.

A senior Russian space industry source told Sputnik that Moscow will develop an ugraded Soyuz version at its own expense, and no funding from NASA is expected.

"NASA will not pay, it is planned to carry out all the work at own expense," the source said.

To ensure the capability of the Soyuz spacecraft to fly to the Moon, an accelerating unit and a new thermal protection that will allow the ship to return to the Earth’s atmosphere at the second cosmic velocity (11.2 kilometers per second, or 6.95 miles per second) are needed.

NASA/JHUAPL/SwRI/Alex Parker
NASA Reveals VIDEO of Probe's Super-Close Flyby of Asteroid on Solar System's Edge
In 2017, former head of RSC Energia, Vladimir Solntsev, said that several people appealed to the corporation to fly around the Moon and are ready to pay $120 million for a ticket. He called such flight possible in 2021-2022. In this case, the modernization of the Soyuz for the flight around the Moon required $500 million.

© REUTERS / China National Space Administration
US, China to Share, Publicly Release Data From Dark Side of the Moon - NASA (PHOTOS)
On January 17, Rogozin announced that RSC Energia could create new Federation spacecraft and, at the same time, upgrade the Soyuz spacecraft for flights to the Moon.

In addition, he said that Roscosmos was expecting new negotiating positions with NASA on the near-Moon station in connection with the start of the upgrade of the Soyuz spacecraft for flights to the Moon.