The China National Space Administration (CNSA) announced earlier this week its intention to launch the delayed Chang’e-5 probe to the moon later this year. This lander will bring the country’s first lunar soil samples back to Earth - the first lunar samples obtained by any human craft in over 40 years.

screenshot; China Central Television
US Asked to Use China’s Chang’e-4 Probe for Its Own Moon Missions
China's Chang'e missions, named after the Chinese goddess of the moon, began in 2007, but they're really only now getting going. Chang'e-1 and 2 were orbital missions, and Chang'e-3 landed on the moon in 2013. On January 3, Chang'e-4 landed on the moon's far side, which never faces the Earth, the first Earth probe to do so.

Now CNSA is preparing Chang'e-5 for a visit to our only natural satellite, the space agency told Xinhua Monday. It should launch from the Wenchang Satellite Launch Center in Hainan before the end of the year.

​Chang'e-5 was expected to already be on the moon, with its original launch date scheduled for 2017, but an engine failure on its new Long March 5 rocket caused the backup unit, Chang'e-4, to be sent in its stead while scientists got the engine problem sorted out, Scientific American noted. Now, its day once again appears on the horizon, and the probe will get to set its own "firsts." 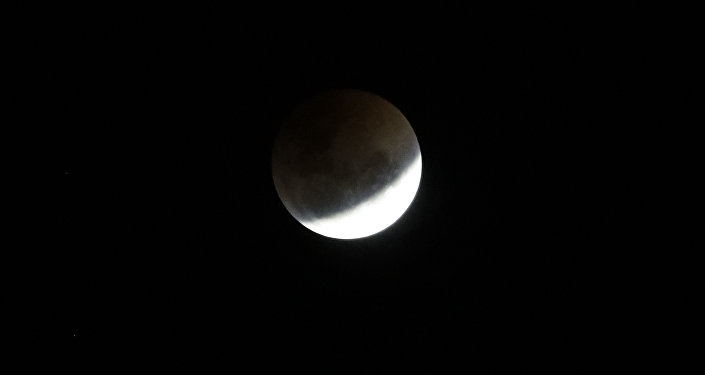 Xinhua reported that Chang'e-5 will also visit the moon's rear side, landing in the Mons Rümker volcanic formation in the northern hemisphere. However, the craft will also be bringing some of that soil to Earth: it carries a rotary-percussive drill and scoop for collecting samples as deep as two meters below the soil. It will launch up to 2 kilograms of those samples in a capsule for an orbiting craft to collect in lunar orbit and then return the samples to scientists on Earth.

If the return is successful, Chang'e-5's samples will be the first returned to Earth from the moon since the Soviet Union's Luna 24 lander in 1976. That craft only brought back 170 grams of samples, Asia Times noted.

© Photo : China Ministry of Defense
Why China's Over the Moon

However, that won't be the last of China's moon missions.

"Experts are still discussing and verifying the feasibility of subsequent projects, but it's confirmed that there will be another three missions after Chang'e-5," Wu Yanhua, deputy head of the CNSA, said at a press conference of the State Council Information Office earlier this week.

​Wu told Xinhua that Chang'e-7 will carry out "comprehensive surveys around the South Pole, including studying terrain and landform, physical composition as well as the space environment in the region." Zou Yongliao, a senior lunar scientist with the National Space Science Center under the Chinese Academy of Sciences, told the International Symposium on Lunar and Planetary Science 2018 in Macau last June that the probe would attempt to detect water ice and determine its origin in permanently shadowed areas of the moon, and would hopefully launch around 2021, Space News reported.

Chang'e-6 will follow, this time visiting the moon's south pole and bringing back samples, Xinhua noted. Various sources have reported its launch date as between 2020 and 2024.

Beyond that, Chang'e-8 could launch by 2027, with an even bigger mission: laying the groundwork for a science and research base at the moon's south pole. Initially unmanned, the agency hopes for "several" manned missions before 2035, according to a scientific paper published last year.

Facilitating the later missions CNSA hopes will be the powerful Long March 9 rocket, which Chinese scientists hope will be able to lift a hefty 140 tons of cargo into low-Earth orbit — more than any other rocket in use or even in development at present. Developments between now and then of other rockets, including the perfection of the Long March 5 that will lift Chang'e-5 later this year, are expected to help development of the Long March 9, which will be necessary for anticipated Chinese missions to Mars and beyond, Sputnik reported.