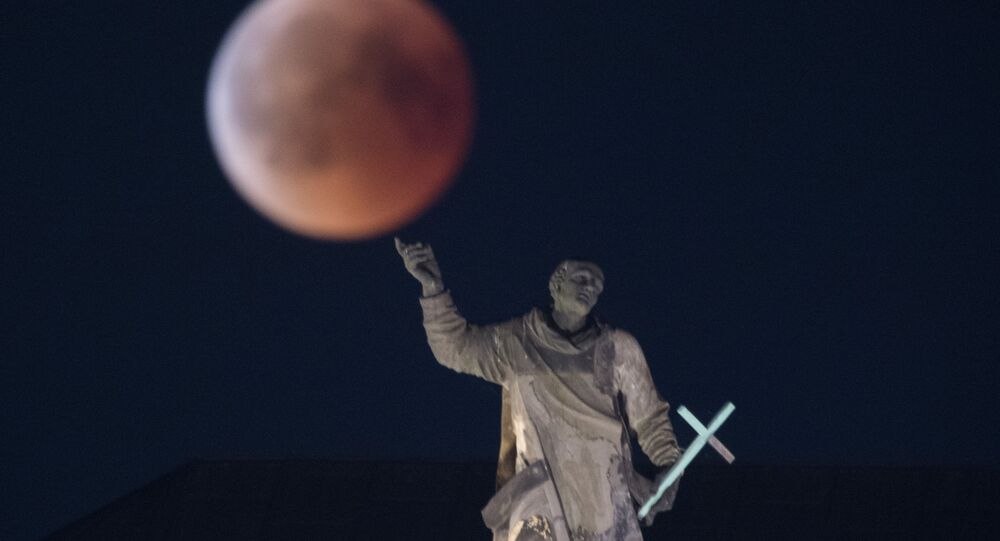 Moon-related prophecies of doom have been around for quite a while, all of them going back to a biblical prediction, but at this point in time they have earned even more attention due to the blood moon expected to soon appear on the horizon.

An extremely rare super wolf blood moon has given rise to a number of conspiracy theories centring on biblical predictions about the end of the world. The stunning sight occurs only 28 times in a century, with the next appearance expected to be on 20 January and onwards, with its exotic colour drawing the particular attention of conspiracy theorists.

Many see the menacing blood moon as evidence of a biblical prophecy soon to be fulfilled: arguably the best-known book on the subject is titled “Four Blood Moons: Something is about to change”.  Others — no less popular ones with conspiracy theorists — are “Blood Moons: Decoding the Imminent Heavenly Signs”, by Mark Biltz, and “Blood Moons Rising: Bible Prophecy, Israel, and the Four Blood Moons”, by Pastor Mark Hitchcock from Oklahoma.

Anyway, a bleeding moon is a bad omen by far not only in folklore or popular literature, but importantly, in Abrahamic religion and the Bible itself. For instance, the books of Joel, Acts and Revelation in the King James Bible all portray the Blood Moon as a precursor of the arrival of the Lord and Judgement Day:

“The sun shall be turned into darkness, and the moon into blood, before the great and notable day of the Lord come”, Chapter 2 of the Book of Acts reads, while the Book of Revelation continues along the same lines:

“And I beheld when he had opened the sixth seal, and lo, there was a great earthquake; and the sun became black as sackcloth of hair, and the moon became as blood; And the stars of heaven fell unto the earth, even as a fig tree casteth her untimely figs, when she is shaken of a mighty wind”.

This has given food for thought to religious conspiracy theorists, who instantly picked up on the omen, reiterating the biblical prediction. One of them, Megachurch Pastor Hagee referred to the aforementioned lines from “The Book of Books”, stating that mankind is ignorant of divine signals:

“I believe that the Heavens are God’s billboard, that He has been sending signals to Planet Earth but we just have not been picking them up”, he said.

He earlier predicted that a grand Rapture will come along when Christians will be taken to heaven, Israel will go to war in a great battle called Armageddon, and Jesus will return to earth.

In scientific terms, the blood moon is rather the result of rare chemical and galactic interactions and conditions, making the upcoming phenomenon an especially unique lunar eclipse, or phrased otherwise, the state of the Earth being located between the Sun and the Moon. The light colour spectrum is thus refracted through particle elements, with the blue-green part of it, characteristic of the Moon, being cast out altogether, and the orange and reddish parts being the only ones visible from the Earth.