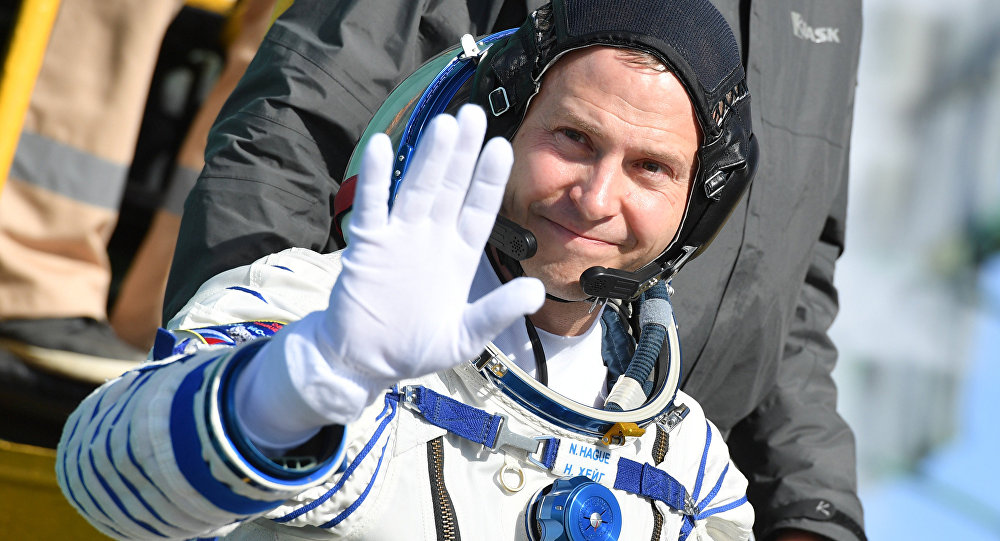 MOSCOW (Sputnik) - NASA astronaut Nick Hague, who, together with Russian cosmonaut Alexei Ovchinin, did not reach the International Space Station (ISS) in October due to the Soyuz-FG launch vehicle accident, may go for a year-long flight on the station in March, a Russian space industry source told Sputnik on Sunday.

"An option for US astronaut Nick Hague to carry out a year-long flight to the ISS in 2019-2020 in being considered," the source said.

© NASA .
NASA Satellite Discovers 'Cool' Neptune-Like Exoplanet
According to the source, another less likely option is to send to that flight US astronaut Christina Koch, which, together with Ovchinin and Hague, will fly to the ISS in March on the Soyuz MS-12 spacecraft.

"The need for an annual flight was caused by the fact that the first astronaut of the United Arab Emirates was supposed to fly on the Soyuz MS-12. Now this place on the ship is occupied by astronauts, and to fulfil the contract with the Arab side, some of the astronauts must remain on the ISS for one year," the source explained.

The first flight to the ISS that lasted almost a year took place in 2015-2016 with the participation of Russian flight engineer Mikhail Kornienko and his US colleague Scott Kelly. Before this, Soviet and Russian cosmonauts made year-long flights to the Mir station: in 1987-1988 — Vladimir Titov and Musa Manarov, in 1998-1999 — Sergei Avdeyev. The longest single stay in space ever that lasted more than 14 months was performed by Valery Polyakov in 1994-1995 also at the Mir station.