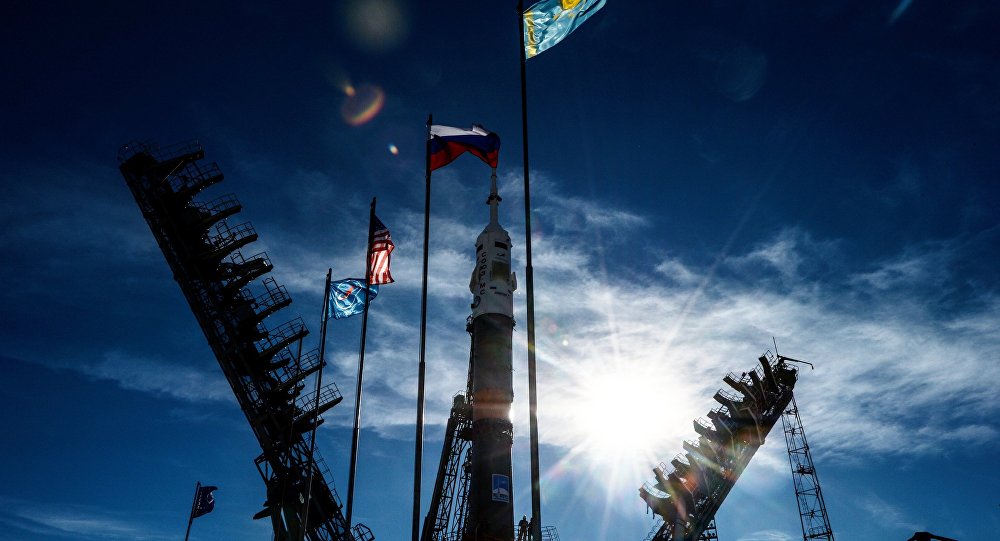 MOSCOW (Sputnik) - The results of the probe into a hole in the hull of the Russian Soyuz spacecraft, which was docked to the International Space Station (ISS), will be communicated to the Russian leadership in the coming weeks, Dmitry Rogozin, the head of Russian space agency Roscosmos, said.

In late August, the ISS crew experienced an air leakage which appeared to have been caused by a microfracture in the orbital module of the Soyuz MS-09 spacecraft docked to the station.

"Our goal is to provide full technical support to the probe and it is them who will make the conclusions. Then, a small group of the Roscosmos commission members will get familiar with these conclusions and this information will immediately be communicated to the leadership of the country. It will happen in the coming weeks," Rogozin said in an interview with the RBC broadcaster.

"The US authorities have expressed interest in the results of this work but there is a time for everything," Rogozin added.

The investigators possess all the necessary evidence to determine the reasons behind the incident, according to the Roscosmos head.

Rogozin also said that the United States has submitted applications to Russian space agency Roscosmos for continuing flights of US astronauts to the International Space Station in the Russian Soyuz spacecraft after the expiration of the existing contract.

"Statements voiced by the US [authorities], among others, saying that they will soon use their spacecraft for flights, have been a bit hasty. We have received applications from our US partners for continuing flights of their astronauts in our spacecraft," Rogozin said in an interview with the Russian RBC news outlet.

The contract for the US astronauts' flights to space in Russian spacecraft, which is currently in force, expires in spring 2020.

Dmitry Rogozin also added that he was ready to receive NASA Administrator Jim Bridenstine and the Russian corporations’ potential US customers in Russia in the wake of the cancellation of his invitation to visit the United States.

Earlier in January, Bridenstine said he had cancelled Rogozin's invitation because he wanted to accommodate the interests of US senators, who suggested that it was not a good idea. Roscosmos, in its turn, said it had not received any official confirmation of the cancellation of the invitation from NASA, noting it would refrain from retaliatory moves until it receives the official explanations on the issue.

"I am ready to receive the agency’s head, Jim Bridenstine, in Russia. We will now have to discuss the way we will live further. We will also invite our potential commercial customers from the United States [to visit Russia] because we will not have an opportunity to meet with them in Washington. We will make a detailed presentation of our plans for them and will offer interesting cooperation conditions to them. We now have something to offer to our partners," Rogozin said in an interview with the Russian RBC news outlet.