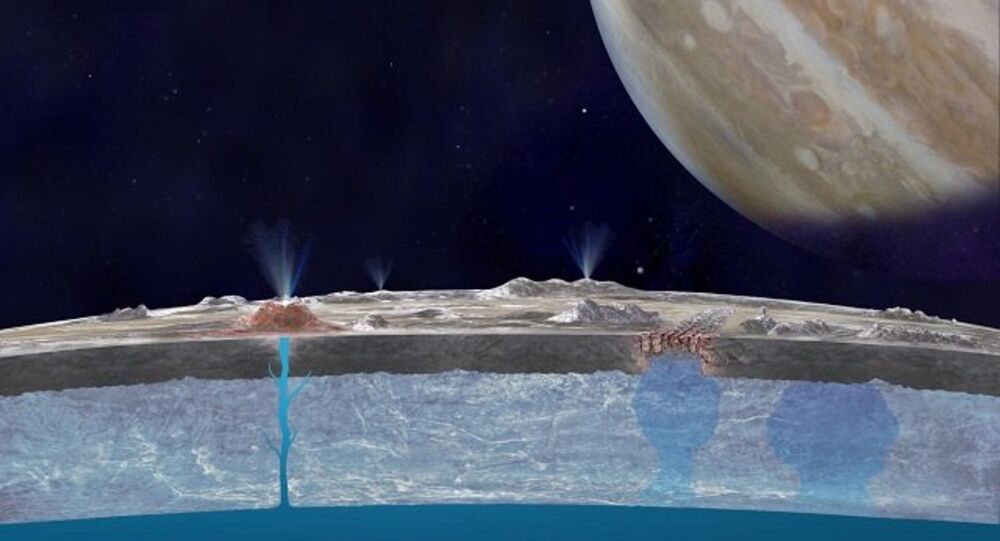 Existing data suggests Europa's surface is a smooth ice-rock crust covering a water ocean, something which makes this moon of Jupiter one of the most likely places in our solar system for life to develop.

A team of scientists working with NASA has proposed a nuclear-powered tunnelling robot which they claim could help them find out if there is life under the ice on Jupiter's moon Europa.

The proposed "tunnelbot" comes as the Compass team completed a concept study based on technologies capable of piercing Europa's layer of ice with sensors and sending the data obtained back to Earth.

Compass member Andrew Dombard, who is also associate professor of earth and environmental sciences at the University of Illinois in Chicago, said the thickness of the ice shell ranges between two and 30 kilometres (1.2 and 18.6 miles, respectfully).

He described it as a "major barrier any lander will have to overcome in order to access areas we think have a chance of holding biosignatures representative of life on Europa."

"We didn't worry about how our tunnelbot would make it to Europa or get deployed into the ice. We just assumed it could get there and we focused on how it would work during descent to the ocean," Dombard pointed out.

The tunnelbot is expected to be deployed from a lander with a fibre-optic string of data "repeaters" which will unfurl as it sinks into Europa's ice.

© CC0
NASA Scientist Says 'Tiny Super-Intelligent' Aliens Might Have Visited Earth
The project, which is yet to get the go-ahead from US Congress, comes after NASA released in February 2017 details of plans for a mission to land a spacecraft on Europa in 2024.

The NASA report described the Jupiter moon as a "prime target in our exploration of potentially habitable worlds beyond Earth."

"Europa may hold the clues to one of NASA's long standing goals – to determine whether or not we are alone in the universe. The highest-level science goal of the mission presented here is to search for evidence of life on Europa," the report read.