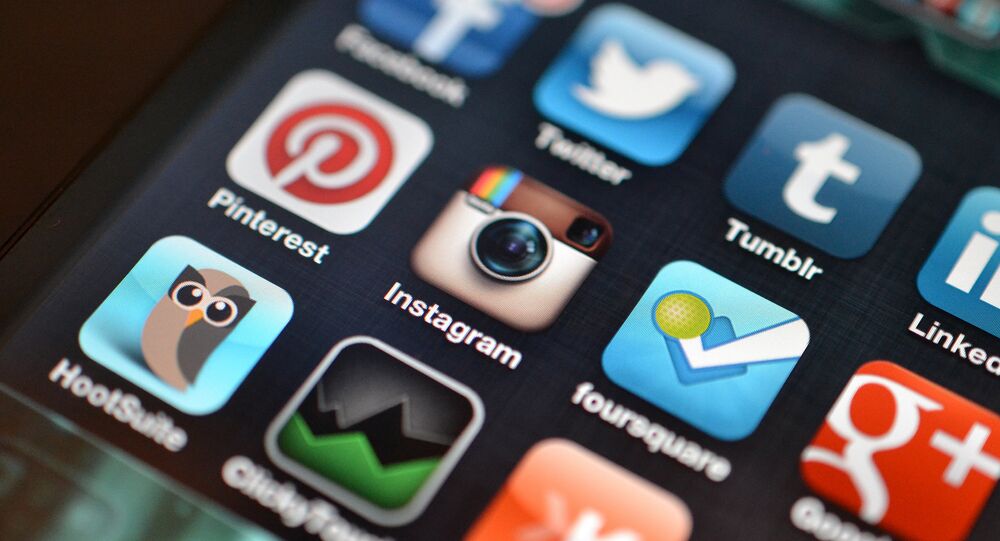 Major US tech companies are impeding the ongoing investigation into alleged Russian meddling in the 2016 US presidential election, a report for the Senate Intelligence Committee says.

US tech giants, such as Facebook and Google, are not helping the investigation into alleged Russian meddling and collusion in the 2016 campaign, a report by cybersecurity company New Knowledge presented to the Senate Intelligence Committee says.

According to the report, the internet companies either misrepresented or avoided providing information on the extent of actions allegedly taken by the Russian company Internet Research Agency, often referred to as a "Russian troll farm."

"Regrettably, it appears that the platforms may have misrepresented or evaded in some of their statements to Congress; one platform claimed that no specific groups were targeted (this is only true if speaking strictly of ads), while another dissembled about whether or not the Internet Research Agency created content to discourage voting (it did)," the report said, according to the Hill. "It is unclear whether these answers were the result of faulty or lacking analysis, or a more deliberate evasion."

© AFP 2021 / Philippe Huguen
India May Tax Google, Facebook for Paid Services - Reports
The New Knowledge report is one of two reports recently presented to the committee, the other conducted by the University of Oxford in cooperation with digital analytics firm Graphika.

Both reports claim that the Internet Research Agency aimed to promote Donald Trump as the most favorable presidential candidate.

"What is clear is that all of the messaging clearly sought to benefit the Republican Party — and specifically, Donald Trump," the Oxford report said.

The major companies reacted by saying they are doing everything they can to prevent any influence on upcoming elections, the Hill reports, particularly focusing on how much progress they've made since 2016.

"We've provided thousands of ads and pieces of content to the Senate Select Committee on Intelligence for review and shared information with the public about what we found," a Facebook spokesperson said. "Since then, we've made progress in helping prevent interference on our platforms during elections, strengthened our policies against voter suppression ahead of the 2018 midterms, and funded independent research on the impact of social media on democracy."

"Our singular focus is to improve the health of the public conversation on our platform, and protecting the integrity of elections is an important aspect of that mission," Twitter's statement echoed. "We've made significant strides since 2016 to counter manipulation of our service, including our release of additional data in October related to previously disclosed activities to enable further independent academic research and investigation."

© REUTERS / Toby Melville
Google Hosts 'Sharia' App Helping Indonesian Muslims Report Blasphemy, Heresy
The investigation, led by Senators Richard Burr (R-NC) and Mark Warner (D-VA), has been going for two years now, mostly happening behind closed doors. Some parts of the investigation have become public, however, such as the testimony of former FBI Director James Comey last summer. According to the investigation, Russia "used a myriad of social media tools and messages to promote President Trump's 2016 campaign and his administration."

Following the New Knowledge report, Warner expressed his frustration with US tech companies and called for stricter regulation of social media.

"This should stand as a wake up call to us all that none of us are immune from this threat, and it is time to get serious in addressing this challenge," Warner said in a statement Monday. "That is going to require some much-needed and long-overdue guardrails when it comes to social media. I hope these reports will spur legislative action in the Congress and provide additional clarity to the American public about Russia's assault on our democracy."

According to Burr, the investigation is likely to extend into 2019, with the final conclusion expected in spring, the Hill reports.

Once Students Limited Use of Social Media, Their Depression Went Down - Scholar