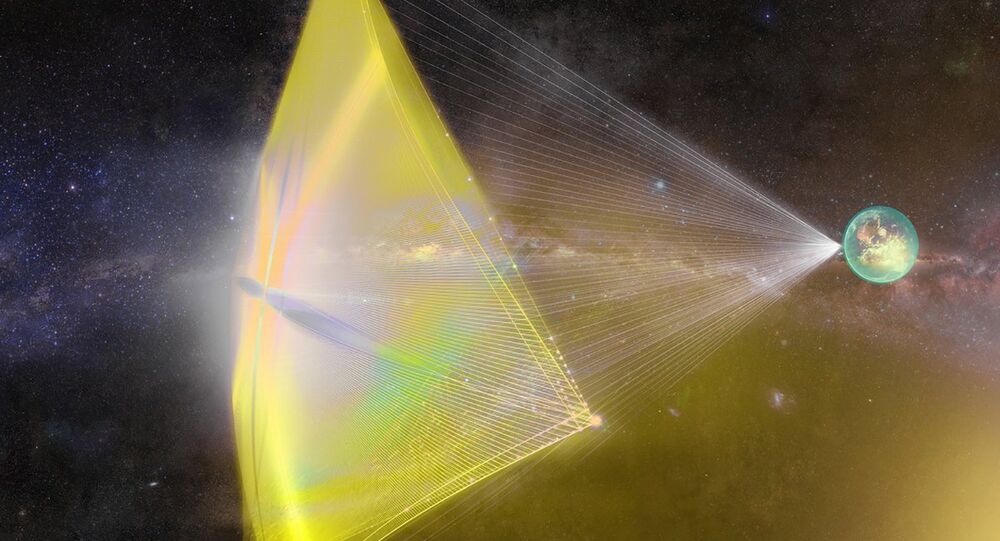 Prior to sending probes into deep space, the company is going to test a 1 GW laser that would allegedly be able to deliver probes to planets in our solar system within months or even weeks.

Breakthrough Starshot is planning to use a powerful 100 GW laser to propel 1,000 tiny drones at 20% the speed of light to one of our two closest galaxies — Proxima Centauri or Alpha Centauri, Business Insider reported, citing the chief engineer of the project, Peter Klupar. According to Klupar, the idea is no joke and research carried out by the company and its subcontractors shows that the plan could actually work, leading to a new era of space exploration.

"You would think that this is all impossible, but we have folks at Caltech and the University of Southampton and Exeter University working on about 50 contracts on making all this happen", he said.

The chief engineer noted that the laser would be "brighter than the sun" and could possibly "ignite an entire city" if it were reflected back to Earth with a mirror, although the latter is not its intended use. Klupar noted that the laser is so bright that it could even act as a beacon for sentient alien life in space.

Many potential issues remain in the way of the project — for example, space dust could severely damage the "sails" attached to the probes, which are intended to propel them with the laser. Another possible problem is the level of funding required to build such a laser.

In order to determine the plausibility of the project, Starshot would first build a 1 GW laser that would dispatch small probes within our solar system at 1% of the speed of light. Since the distance to the planets is relatively small, even at this low speed the probes would be able to reach Mars in a matter of days, and Pluto within months, as opposed to almost 10 years via conventional means.

The first deep space probes are expected to be launched in the 2030s. They could take the first photos of planets in the Centauri galaxies in the 2060s, but the signal containing the data would only reach Earth four years later, perhaps more.

Even the 1 GW project first needs to find a daunting $1 billion in funding, although it would allow cheap launches in the future.

US Comes Up With Laser ‘Porch Light’ to Attract Space Aliens