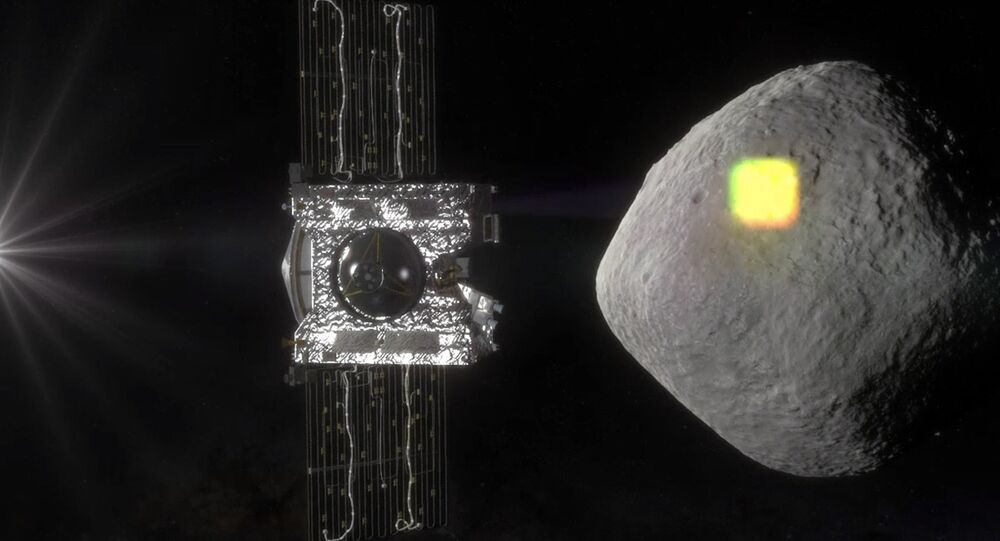 WASHINGTON (Sputnik) - A NASA mission has discovered the presence of water inside clays on the asteroid Bennu, the US space agency said in a press release.

"Data obtained from the spacecraft’s two spectrometers… reveal the presence of molecules that contain oxygen and hydrogen atoms bonded together, known as ‘hydroxyls,’" the release said on Monday. "The [NASA] team suspects that these hydroxyl groups exist globally across the asteroid in water-bearing clay minerals, meaning that at some point, Bennu’s rocky material interacted with water."

© Photo : YouTube/MARVEL Russia
'When NASA Cares More Than Marvel': Space Agencies Join Iron Man Rescue Fever
The data was collected during the Origins, Spectral Interpretation, Resource Identification, Security-Regolith Explorer (OSIRIS-REx) mission’s approach phase, between mid-August and early December, when the spacecraft arrived at a location about 12 miles from the asteroid, the release said.

OSIRIS-REx is presently orbiting Bennu, surveying possible landing sites where the spacecraft will attempt to pick up a sample and return to Earth in 2013, the release added.

The presence of water or water-like molecules is expected to provide clues on how the solar system was formed and the history of its planets, according to NASA.