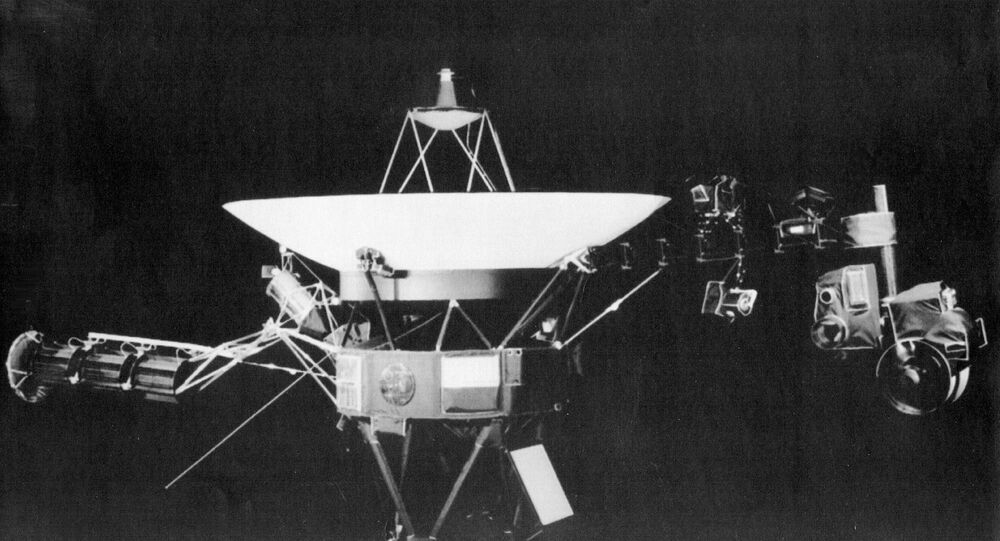 On December 10, the Voyager 2 probe became the second man-made object to leave our solar system, crossing the barrier between the sun’s area of influence and the wilds of interstellar space. Only its sister probe, Voyager 1, has made this journey before.

Our sun is a gigantic nuclear power plant, generating colossal amounts of energy that it radiates into space around it. That energy warms planets like Earth, but it also repels the energy put out by other stars and interstellar objects. This creates a bubble called the heliosphere, an area around the sun that's under its influence, protected from interstellar rays. (The sun's powerful gravity extends out a bit further, though.)

The edge of that sphere of influence, 11 billion miles from Earth, is what Voyager crossed Monday, Quartz explained.

Scientists at the Jet Propulsion Laboratory (JPL) in the US space agency, NASA, have been monitoring the Voyager 2 probe since it was launched in 1977 to photograph the four outermost planets along with dozens of moons. However, Voyager finished that mission decades ago and has been returning readings from its journey out of the solar system ever since. On October 5, Voyager 2 began detecting an increase in cosmic rays, signaling to NASA engineers that it was nearing the edge of the heliosphere. Voyager 1 gave similar data when it entered interstellar space in 2012, Sputnik reported.

The @NASAVoyager 2 probe no longer feels the solar wind & is flying through the interstellar space between the stars. It carries a working instrument providing 1st-of-its-kind observations of the nature of this gateway. Here's a look by the numbers: https://t.co/DuNBYPaXQj #AGU18 pic.twitter.com/GJGIgDpSHD

© AP Photo / NASA/Goddard/University of Arizona
NASA Craft Explores Rare Asteroid That Might Be on Killer Course Toward Earth
​The Voyager mission's two probes were launched to photograph Jupiter and Saturn up close for the first time. After that, the probes split: Voyager 1 went on a special mission to photograph Saturn's huge moon, Titan, which has a thick atmosphere that's long intrigued astronomers. The journey to Titan sent it careening out of the solar system at an oblique angle. Voyager 2, though, continued on to photograph Uranus and Neptune, too, and has flown steadily outward "the long way," so to speak, along the disk along which the planets and most other objects orbit the sun.
© NASA
Зонд "Вояджер-2" начал "говорить загадками"

However, the two probes' batteries are slowly failing. Last year, NASA told Space.com that Voyager 1 may only have "two to three years" left, and Voyager 2 is expected to stop returning data around 2025.