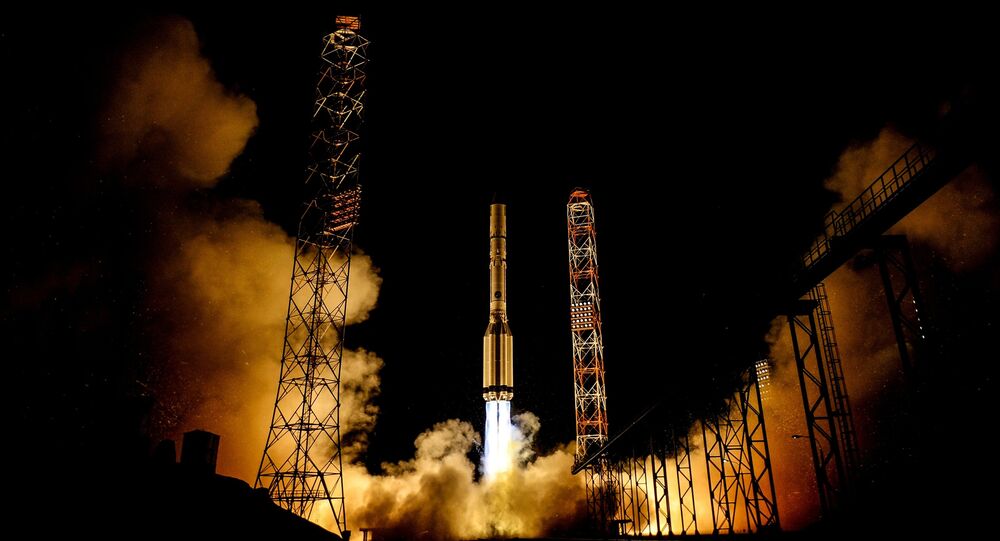 MOSCOW (Sputnik) - It is planned to launch the Russian-German Spektr-RG astrophysics observatory that will be exploring the universe in early April, a source in the rocket and space industry told Sputnik on Sunday.

"The launch of Proton-M space rocket with Blok DM-03 upper stage and a scientific laboratory Spektr-RG is planned for the first 10 days of April 2019," the source said.

© Photo : Roscosmos
Russia Mulls Creating Long-Term Moon Base - Roscosmos
The astrophysics observatory's final tests are currently being carried out, after which it will be transported to the Baikonur cosmodrome. The Spektr-RG is expected to be delivered to the cosmodrome on February 20, after which the preparations for the observatory's launch will begin.

The Spektr-RG observatory will be the first Russian space apparatus to be placed at Lagrange point L2, an orbital location where gravitational forces of the Moon and Earth balance out a centrifugal force of a smaller third body, such as a space observatory, stabilizing it. The observatory is expected to stay at L2 for seven years – it will survey the whole sky for four years and monitor the most interesting targets to be found during its mission over the remaining three years.

The observatory is fitted with Russian-made ART-XC and German-made eROSITA telescopes.