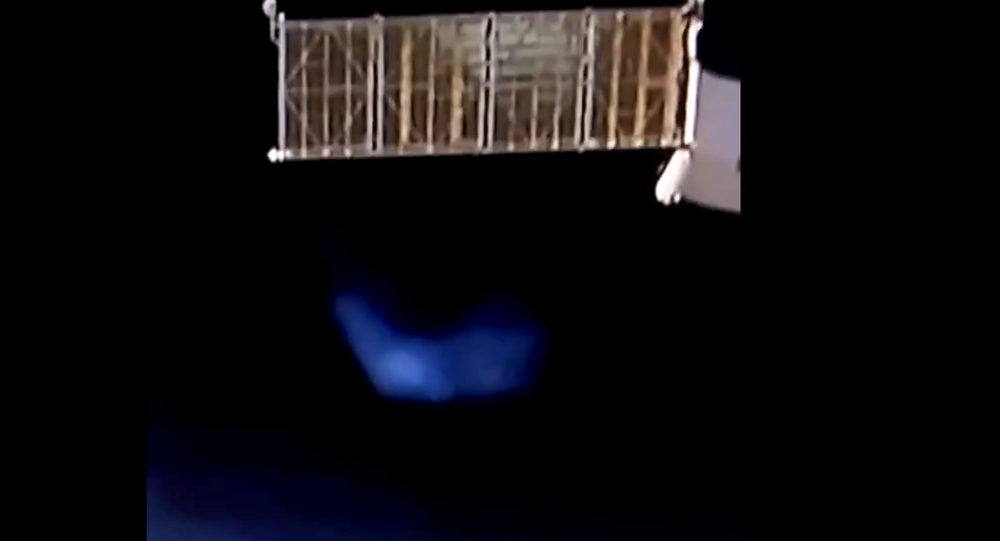 The US space agency NASA is once again accused of cutting the feed on International Space Station (ISS) cameras after an unidentified object appeared on the screen.

In a video posted to YouTube on November 4, one of the cameras on the side of the ISS recorded what appears to be a large object of a bright blue hue appearing behind one of the space station's solar panels. The video feed follows the object for a few seconds, even zooming in, but then cuts off promptly, asking viewers to "Please stand by."

"The High Definition Earth Viewing experiment is either switching cameras, or we are experiencing a temporary loss of signal with the International Space Station," the message on the screen says.

© CC0
Mysterious Lights Filmed in Night Sky Over N Carolina Trigger UFO Debate (VIDEO)
So what's the big deal? Surely the ISS has technical problems like anything else, right? Sure, but it's sort of interesting how the feed manages to have a "temporary loss of signal" every single time an unidentified object appears, isn't it?

Viewers of the video, which was shared by the Daily Star earlier this week, stated their position succinctly: "NASA is lying."

If you're not convinced by the conspiracy theorists' arguments, but still want to see some cool spaceships recorded by the ISS, the European Space Agency recorded this incredible footage of an MS-10 cargo spacecraft launching from Russia's Baikonur Cosmodrome on November 22.

If the ESA can manage to film beautiful, ultra-high-def footage of things outside the space station, why can't NASA?

Weather Could Cause Delay of SpaceX Cargo Mission Launch to ISS