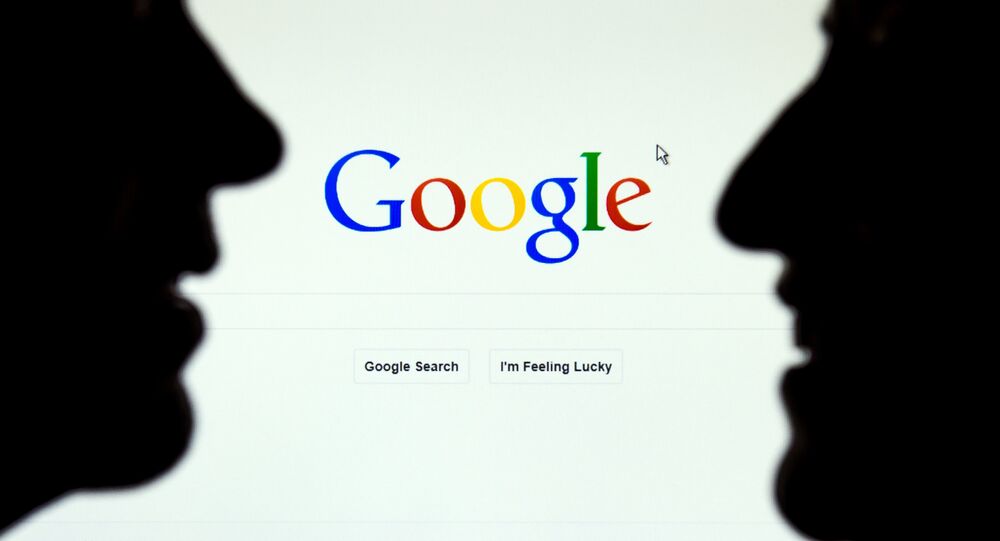 The internet giant and its subsidiaries have been repeatedly accused of arbitrarily modifying their algorithms or otherwise censoring media to derank undesirable content, including Russian, Syrian and Iranian outlets.

According the Daily Caller, it and Breitbart were specifically targeted by irritated Google employees seeking to clean up the media environment which helped Trump defeat his Democratic opponent Hillary Clinton.

"This was an election of false equivalencies, and Google, sadly, had a hand in it," engineer Scott Byer wrote on November 9, 2016, one day after the election. Calling Daily Caller and Breitbart "opinion blogs," Byer called on engineers to "fix" what he believed was the mistaken treatment of the outlets as legitimate sources of news.

© REUTERS / Jacques Brinon/Pool
Google Wants to Know About You So They Can Sell You as a Product – IT Expert
"How many times did you see the Election now card with items from opinion blogs (Breitbart, Daily Caller) elevated next to legitimate news organizations? That's something that can and should be fixed," Byer wrote. "I think we have a responsibility to expose the quality and truthfulness of sources – because not doing so hides real information under loud noises," he added.

"Let's make sure that we reverse things in four years – demographics will be on our side," Byer concluded.

Fellow engineer Uri Dekel, a self-declared Clinton supporter, challenged Byer's idea. "I follow a lot of right wing folks on social networks [and] you could tell something was brewing. We laughed off Drudge's Instant Polls and all that stuff, but in the end, people go to those sources because they believe that the media doesn't do its job…By ranking 'legitimacy' you'll just introduce more conspiracy theories," he warned.

Engineering vp David Besbris joined the conversation, noting that the company was "working on providing users with context around stories so that they can know the bigger picture. We can play a role in providing the full story and educate them about all sides. This doesn't have to be filtering and can be useful to everyone," he wrote.

A Google spokesperson commented on the engineers' debate, telling Daily Caller that it showed "that far from suppressing Breitbart and Daily Caller, we surfaced these sites regularly in our products." The spokesperson stressed that Google "has never manipulated its search results or modified any of its products to promote a particular ideology."

© CC0
YouTube Offers Cryptic Explanation on Shutdown of Syrian Government-Affiliated Accounts
President Trump has repeatedly accused big US tech companies of interfering against him and the Republicans in both the 2016 and 2018 elections. In September, Trump said he may have owed his victory to being good at Twitter and social media, but added that "the truth is they were all on Hillary Clinton's side."

Google and its subsidiary YouTube have been accused of manipulating, taking down, or otherwise censoring content which challenges US and Western narratives of political processes and news in Europe and the Middle East.

In September, YouTube took down several Syrian state-run media channels, claiming they violated US sanctions by generating ad revenue. A month before that, YouTube banned 39 channels said to be linked to the Islamic Republic of Iran Broadcasting, accusing them of 'coordinating an influence campaign' on the platform by posting 'politically charged content'. Last year, Google announced plans to de-rank Sputnik and RT from its news results, ostensibly to "combat misinformation." Earlier this year, the tech giant told Congress that it has been labeling news by the Russian outlets in a bid to "improve transparency."