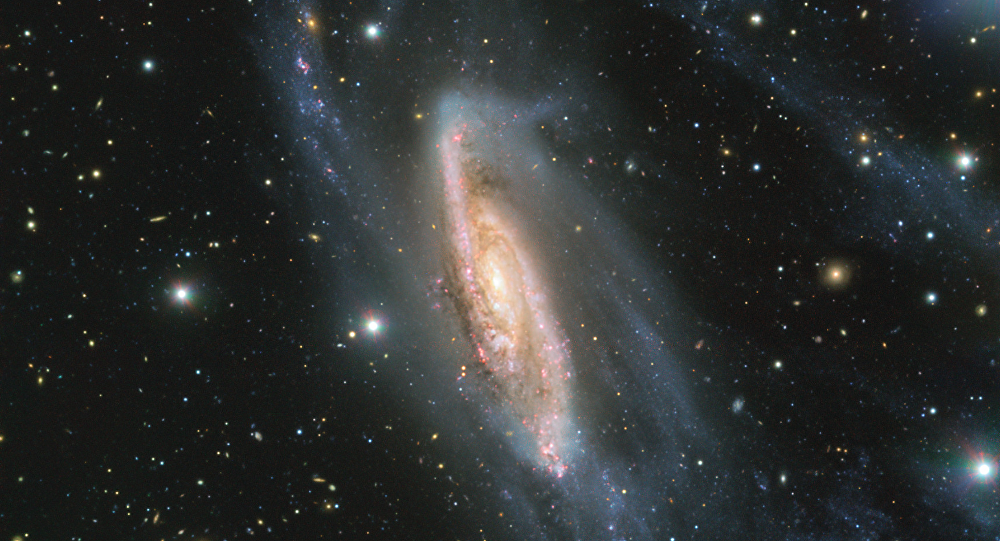 Research conducted with the help of the Relativistic Heavy Ion Collider (RHIC) has shown that the original state of the Universe was a “soup” known as quark-gluon plasma, which is an almost ideal liquid.

Its properties are now being studied by the sPHENIX international collaboration involving the National Research Nuclear University MEPhI (NRNU MEPhI). Prof. Gunther Rolland of the Massachusetts Institute of Technology, who co-heads the sPHENIX project, told a collaboration meeting at the NRNU MEPhI about the course of the studies and how they could benefit mankind.

The quark-gluon plasma is a high-temperature state, in which the matter of the Universe existed moments after the Big Bang (after a period of its accelerated expansion, when it reached the size approximately equal to that of the solar system). There are several hypotheses that matter can exist in this state in the center of very dense stars.

Researchers from the sPHENIX collaboration have endeavored for the last 15 years either to confirm or deny these hypotheses, while trying to determine the properties of the quark-gluon plasma.

"We have discovered that this is the most ideal liquid in existence. But it is still unclear how this property is related to the components of quark-gluon plasma. As it follows from its name, it consists of quarks and gluons. But we are yet to clarify how they interact and if there are any new bound states formed of quarks and gluons that can produce such liquidity at the output," Gunther Roland, co-head of the sPHENIX collaboration, told RIA Novosti.

This is why sPHENIX scientists are working to build a powerful "microscope" to be able to look into quark-gluon plasma and investigate details of its microscopic structure.

"The liquid properties are in fact plasma's long-distance properties, or, in other words, those in the longwave area. We know that plasma consists of point quarks and gluons very close to one another. Something very interesting happens during the transition from point items to properties of quark-gluon plasma. This is why we are working on a "microscope" that will show what happens between these two extreme scales of distances," he said.

Studying quark-gluon plasma is one of the determinative probes into the fundamental properties of nature, he went on to say. The ability of quark-gluon plasma to be an almost ideal liquid has something to do with a strong interaction between its components, and what this interaction is all about is yet to be described. 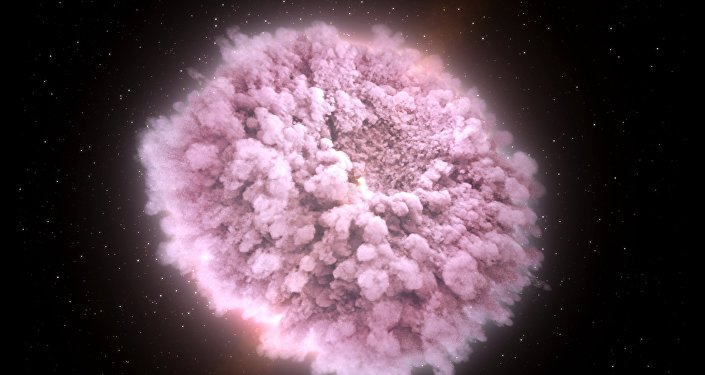 © NASA .
Galactic Gems: Powerful Neutron Star Blasts Color Universe Silver, Gold and Platinum
However, plasma is also one of a series of strongly bound materials that can be found in almost all the various fields of physics. Some of these exist only in theory (the string theory is one example), while some can only be reproduced in a laboratory environment (such as ultracold atom systems). This is the reason why the sPHENIX collaboration, while exploring quark-gluon plasma, seeks not only to elucidate strong interaction properties, which in itself is of great scientific value, but also to relate this research to other areas of research.

The sPHENIX collaboration is the successor of the PHENIX experiment, but the equipment to be used in a sPHENIX installation has little in common with its predecessor. Working in the same building, the researchers use the same power supply and cooling system. But the equipment that records collisions and identifies all sub-atom particles is of a totally new variety, because data recording systems should have fundamentally different capabilities to describe the origin of quark-gluon plasma's properties.

The new project involves 15 or so countries, over 75 research institutes and several hundred experts, including Russian scientists and engineers. "One of the main aims of our visit to Russia and the NRNU MEPhI is to expand our team. We have discussed the Russian university's contribution to the experiment in minute detail. Our work together with certain types of detectors that will make up part of the sPHENIX installation goes back a long time and has been fruitful," Gunther Roland said.

According to the researcher, the NRNU MEPhI is expected to play a major role in creating calorimeters, new recording sub-systems that did not exist before. This new type of calorimeter type is a key element of the sPHENIX project.

Our Universe Could Perish at Any Time, Scientists Say