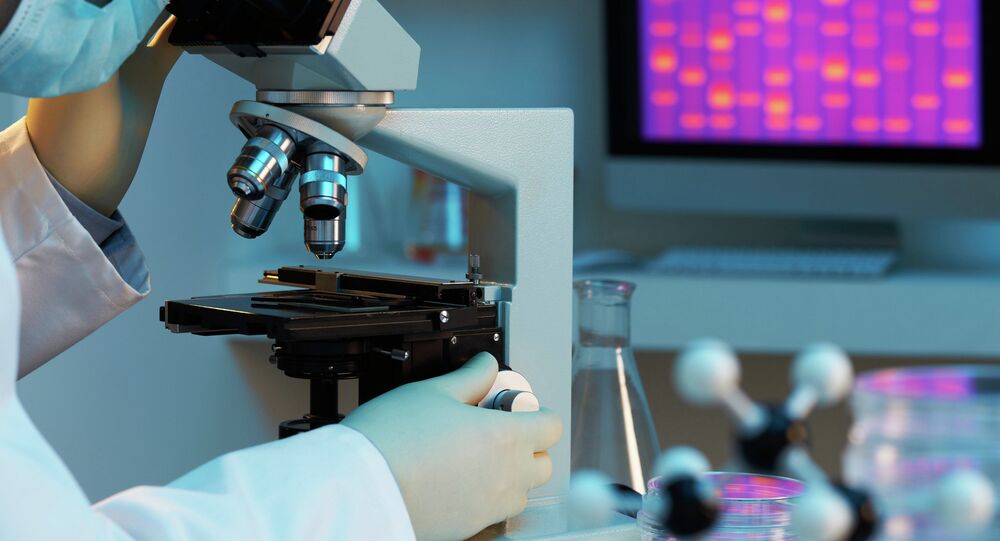 China's top health body on Monday demanded local authorities investigate an experiment that allegedly successfully created the world's first genetically altered twins, which has sparked ethical concerns and waves of criticism from around the world.

The National Health Commission said in a statement on Monday night that it is paying close attention to reports of the experiment and has demanded local health authorities release information to the public in a timely manner.

The experiment was led by He Jiankui, an associate professor of the Southern University of Science and Technology (SUST)'s biology department.

He claimed that his team had successfully altered the CCR5 gene of twins born earlier this month in China with a gene technology called CRISPR, known as the "gene scalpel," people.cn reported on Monday.

The CCR5 gene is the main receptor in the human body for HIV, the virus that causes AIDS.

The twins, named Lulu and Nana, are now resistant to HIV, according to people.cn.

However, SUST said in a statement released late Monday that it is "deeply shocked" by He's experiment and believes the work "seriously violates academic ethics and norms."

The ethics committee under the Health and Family Planning Commission of Shenzhen, which is in charge of reviewing and approving biological and medical research concerning ethical issues in the city, denied having received any application or issuing approval for He's experiment, The Beijing News reported.

On Monday, 122 Chinese scientists signed a joint statement saying the experiment, which did not undergo a strict ethics review, is "crazy" and "unfair to other researchers who stick to the moral bottom line."

The statement was released on zhishifenzi.com, a Chinese website focused on technology and thought.

According to a Monday report from the news portal Jiemian, He's biggest dream was to become the Einstein of China. He is a "smart and crazy genius," said the report, citing He's co-workers.

Facing a flood of criticism, He Jiankui said in a statement released on zhishifenzi.com on Monday "We believe ethics are on our side."

He said he chose CCR5 as the target gene because it has been fully studied by researchers and AIDS is a widespread, harmful disease that needs to be prevented.

"I think parents who really love their children will not use gene editing to increase their babies' intelligence, hair or eye colour. These should be banned. And I know my work can be controversial, but I believe some families need the technology," He Jiankui said.

Lei Hongxing, a research fellow from the Beijing Institute of Genomics under the Chinese Academy of Sciences, told the Global Times on Monday that CRISPR technology is not yet advanced enough to alter the Cas9 protein accurately. "It is hard to know whether any other genes have been trimmed," said Lei.

Such gene editing is banned in the US because the DNA changes can be passed to future generations and it risks harming other genes, the Associated Press reported on Monday.

While the CCR5 inhibitor has been applied in treating some diseases, experiments are still needed to find out if editing the CCR5 gene will affect people's immune system, Wang Yuedan, deputy director of immunology school of Peking University Health Science Center, told the Global Times on Monday.

Calling He's experiment "very reckless" and "unacceptable," Wang also questioned the need to alter the gene of an embryo that has not been diagnosed with a hereditary disease.

Chen Yuanlin, He's media spokesperson, told the China Business News on Monday that the mother of the twins is not HIV positive.

Chen also refused to release the name of the hospital where the two babies were born, citing the family's privacy concerns.

Liu Ying, a research fellow under the Institute of Molecular Medicine of the Peking University, told zhishifenzi.com on Monday that even if the mother was HIV positive, there are medical treatments to prevent mother-to-child transmission of the virus.

"Such research is totally unnecessary at all levels," Liu stated.

Condemnation of the experiment reached a new high on Monday afternoon after a document released on WeChat showed the experiment had been approved in March 2017 by HarMoniCare Shenzhen Women and Children Hospital, which was previously mired in a false information scandal in China.

Seven members of the hospital's medical ethical committee signed the form and approved the experiment, according to the widespread document, which the Global Times has not confirmed as authentic as of press time.

One of the seven people named in the document has denied having signed the document or attending any meeting concerning the experiment, China Business News reported late Monday.

Shenzhen's health authority said on Monday that it has launched an investigation into the hospital's medical ethics committee, saying the committee was not established according to national regulations.

He Jiankui could not be reached for comments as of press time. An auto-reply message received by the Global Times on Monday said the scientist is now in Hong Kong for the Second International Summit on Human Genome Editing.

He said he would display results of the twins' blood from their umbilical cord during the Hong Kong event to prove the experiment was successful, people.cn reported on Monday.

His team has also prepared an 18-year-long follow-up plan to observe the two babies, the people.cn report said. He also plans to display data his team collected from experiments on mice, monkeys and human embryos, according to the report.