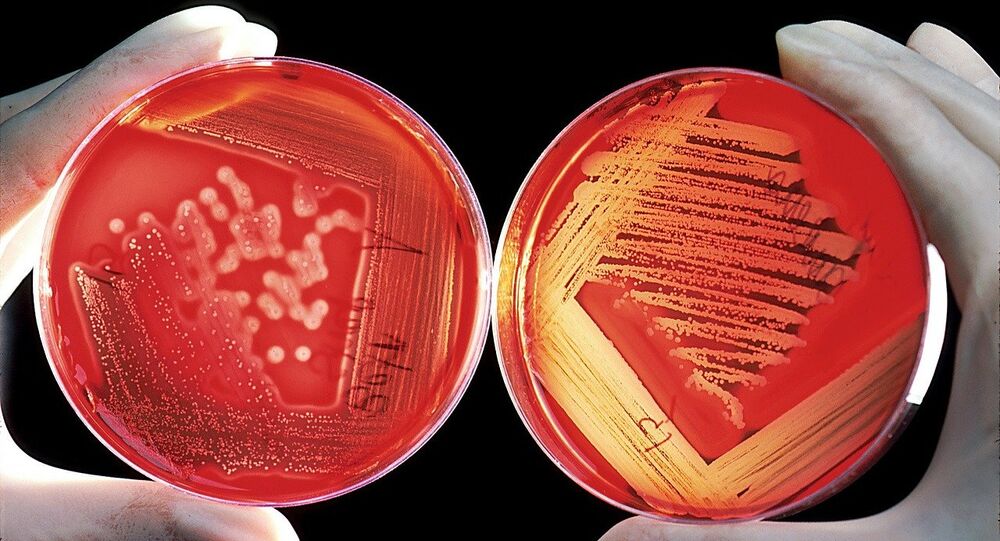 Scientists from Russia and around the world have been experimenting in the use of nanoparticles to fight cancer and other diseases, with such particles used to deliver otherwise dangerous toxins to tumors or infected areas to avoid damaging healthy tissue, or designed to attach to infected areas to attract white blood cells or laser beams.

Researchers from ITMO University in St. Petersburg have come up with a unique 'transforming nanoparticle' architecture which changes its structure when illuminated by a laser.

The scientists' research, published in the Bioconjugate Chemistry academic journal, combined the best properties of two approaches to the creation of nanoparticles, experimenting with photosensitive nanomaterial technology and a chemical 'switch' method they recently developed.

© Sputnik / Vladimir Astapkovich
Krasnoyarsk Scientists Discover Fish With the Greatest Health Benefits
The latter consists of titanium dioxide nanoparticles which can split water into hydrogen and oxygen atoms when exposed to light. When placed in a solution of organic compounds, the oxygen produced begins to interact with molecules, changing the acid-base balance. Scientists experimented with this technique using larger nanoparticles, and determined that they can be collected from nanomaterial 'switches' and molecules whose stability changes depending on pH levels, allowing them to 'open' or 'close' in a manner similar to that of nanoparticles illuminated with a laser.

Using this architecture, ITMO University chemistry professor Ekaterina Skorb and her colleagues created hollow nanoparticles covered by a covering of polymer filaments and granules of titanium oxide and silver. When illuminated with an infrared laser, the structure of the nanoparticle collapses from heat and oxygen, which releases the particle's contents.

Researchers tested out their nanoparticles on bacteria whose DNA was modified to glow when molecules came into contact with artificial sugars which were injected into the nanoparticles. After illuminating these 'nano-grenades' with an infrared laser, the sugars escaped the nanoparticles' membranes, lighting up the bacteria and proving the method's effectiveness. As an important bonus, neither the nanoparticles nor their structural collapse affected the viability of the bacteria's cells.

© Photo : Pixabay
Russian Scientists Discover Way to Detect Early-Stage Lung Cancer in Record Time
According to Dr. Skorb, the ease with which infrared radiation passes through the human body means that the use of such nanoparticles to fight cancerous tumors or various infections will be possible in virtually any part of the body.

"This area of research is interesting not only from the perspective of the localized delivery of medicines, but also for the creation of a computer in which biological molecules can be used instead of silicon chips. This will pave the way for high-precision control of chemical processes, 'smart' medicines and the ability to control molecular machines," Dr. Skorb said, as quoted by the Russian Science Foundation's press service.