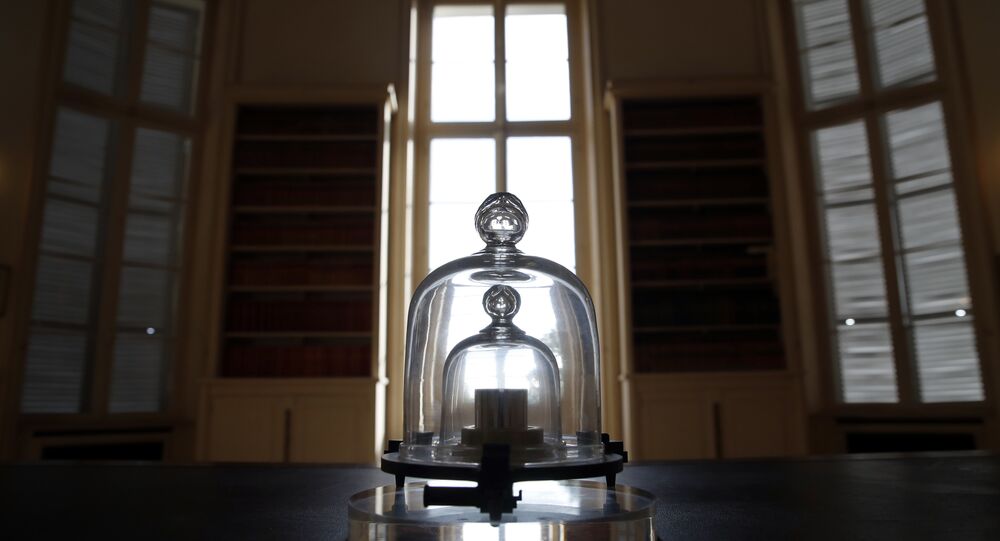 Meet the New Unit: Kilogram and Three Other Metrics Redefined in System Overhaul

Scientists and diplomats from 60 nations unanimously voted on Friday to a new treaty - the first such change since 1983 - that profoundly alters the method by which physical standards of measurement are set.

© AFP 2020 / NORBERTO DUARTE
Monsanto Case Reveals Corporate Attempts to Corrupt US Science - Scholar
In redefining the metric system, legacy tools for setting the standard of measurement by the use of specific physical objects are permanently changed, and will undoubtedly affect global trade and technology according to reports.

While earlier systems defining ultra-precise measurement standards used outdated methods like placing notches on a metal rod and keeping airtight platinum-iridium cylinders under lock and key, the new system has abandoned all physical objects, opting instead to base the new metrics on scientifically-proven fundamental constants of nature.

Fundamental constants offer a new stability for the measurement system, as previous standards using physical objects were problematic because the properties of things change over time through erosion, oxidation and other causes.

Increased precision sets more exact standards for an Ampere, a kilogram, a Kelvin, or a gauss, and researchers expect that new technology breakthroughs will become more common.

"This [is] the biggest revolution in measurement since the French revolution," enthused physics Nobel Laureate Bill Phillips, cited by Wired.com.

The most significant change is arguably to the definition of a kilogram, the last remaining unit based on a physical object. The weight of a kilogram has long been defined by the International Prototype Kilogram, commonly referred to as ‘Le Grand K,' that was, until its unceremonious dismissal, locked in a suburban Paris vault.

The kilogram will now be defined by Planck's constant, a mathematical figure used to relate the energy of a radio wave to its frequency.

US physicist Patrick Abbott, one of three assigned keepers of the US kilogram standard at the Maryland-based National Institute of Standards and Technology, recognizes the necessity for increased precision and is glad of the change, although he harbors just the slightest bit of sentimentality for the old way.

The International Prototype Kilogram has "done a wonderful job for over a century. Yes, it has changed from its original value. But has it been a problem? No," he asserted, cited by Wired.

"I get kind of defensive about it." he added.