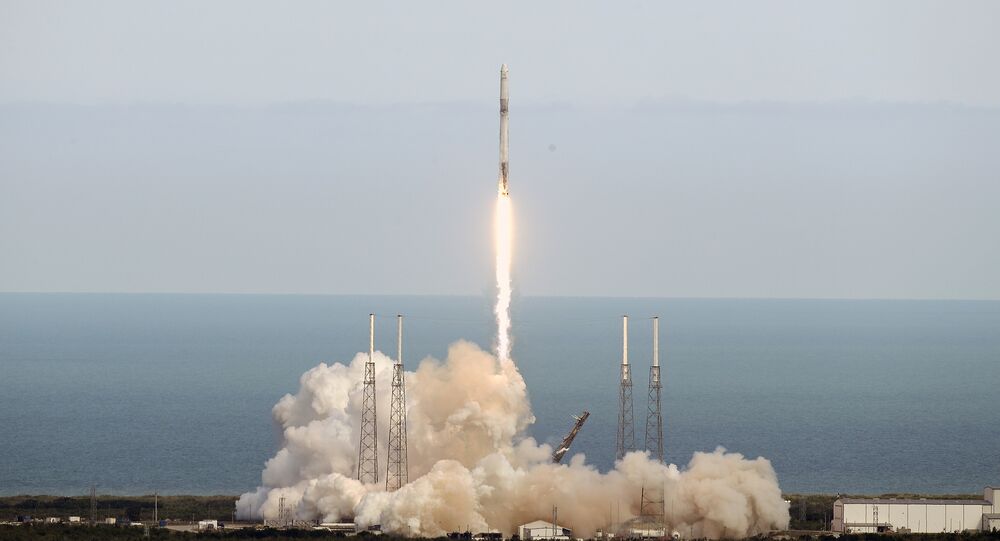 WASHINGTON (Sputnik) - A Japanese-made communications satellite owned by Qatar zoomed toward a geostationary orbit from the Kennedy Space Center in the US state of Florida atop a Falcon 9 rocket built by the private aerospace company Space X on Thursday.

"The spacecraft’s multi-mission architecture will enable Es’hailSat to respond to demand for the fastest-growing applications in the Middle East and North Africa, including content transfer, broadcast distribution, enterprise communications, and government services," Space X said in a press release.

Falcon 9 first stage has landed on the Of Course I Still Love You droneship. pic.twitter.com/vIpmOODJyo

All systems appeared to operate as expected when the Falcon 9 placed the satellite in a geosynchronous transfer orbit, after which the satellite will travel under its own power to a geostationary orbit about 22,000 miles above Earth.

Shortly after the launch, Space X recovered the Falcon 9 booster stage, which was used on an earlier mission, on a platform in the Atlantic Ocean.