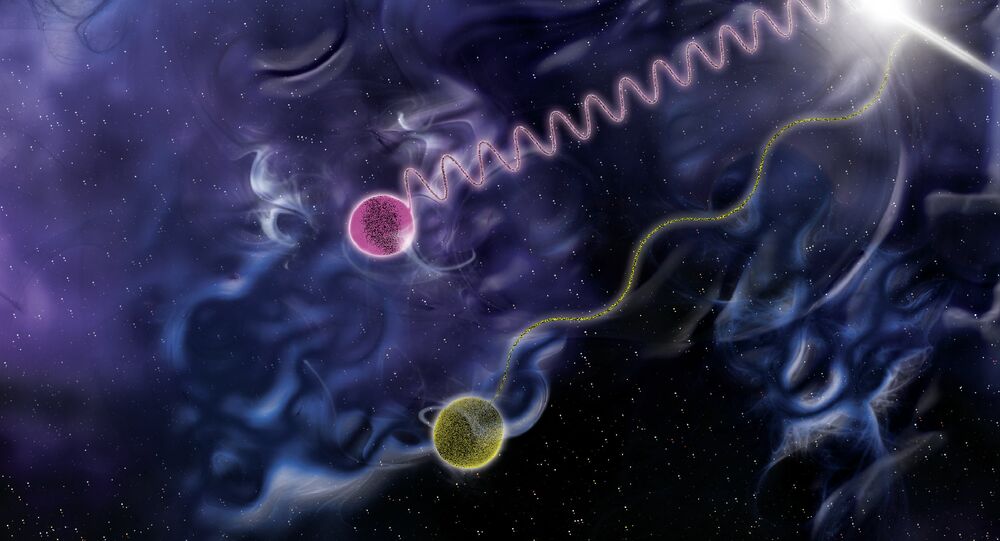 Despite the fact that universal quantum computers have not yet been realized, the principle of calculation upon which it is based allows researchers to solve highly complex problems.

In quantum computing, a qubit or quantum bit is the basic unit of quantum information — equivalent to the binary bit (the smallest unit of data in a digital computer) within a two-state device. In such networks, qubits are transported using light (as single photons of light can carry a qubit).

However, these photons, which move at the speed of light, nonetheless need to be stored. A qubit can be stored in a quantum state of extremely cold gas as long as the qubit can be emitted as a photon. However, new research reveals that physicists can also store quantum information in a gas using what is called the ‘hammer' approach, ArsTechnica reported Friday,

An atom can be in one of three states. Two of those states, almost at the same energy level, are known as the ‘ground' and ‘storage' states. A ground state is ordinarily where an atom exists, while a storage stage is where an atom finds itself after absorbing a photonic qubit.

But an atom cannot directly transfer between these two states. Instead, it must go traverse a third state, the ‘transfer' state, which has a high energy when compared to the energy of the photon holding the qubit. In order for a qubit to be put into the storage state, a photonic qubit is sent using with a control laser, which is a stronger light source than a photon.

The whole head-scratchingly weird scenario, however, can be improved with a precise ‘hammer blow.' In this scenario, the only difference is that the control laser is bright, which changes the atoms by essentially shaking them. The atom feels the shaking in the transfer state and reacts by stretching and contracting, which then causes the transfer state to split into two states with different energies.

A qubit photon does not have the same energy of these two states, although, even without well-defined energy, an overlap between qubit energy and the energy of the two transfer states will still allow the system to work, according to ArsTechnica.

The biggest advantage of this qubit storage method is allowing the properties of a qubit to change. In seeking to store a photon at a specific wavelength, thus more efficiently storing qubits, the use of a control laser becomes the perfect tool, getting the researchers and heavily-funded state-sponsored quantum computing programs one step closer to viability.