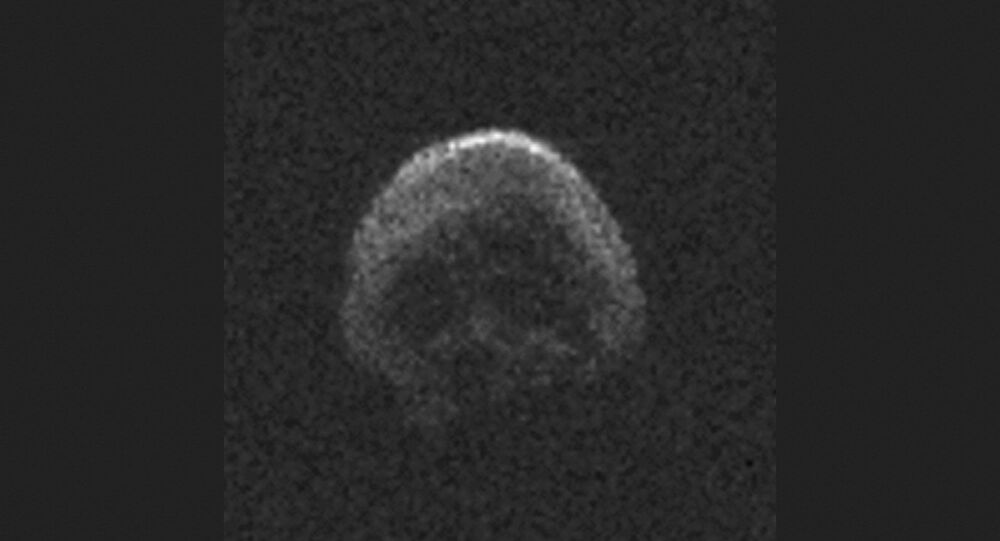 The US space administration NASA has announced that three asteroids will be skipping past Earth this weekend, the closest of which will come inside the moon’s orbit. In their wake is the perennial “skull” asteroid, last seen in our vicinity on Halloween three years ago.

NASA's Jet Propulsion Laboratory said the first and largest of the three rocks, romantically named 2018 VR1, with make its closest pass to Earth Saturday at 2:03 p.m. GMT. It's about the size of a blue whale, Metro reports, or roughly 100 feet long, and will only be about 861,700 miles away from Earth. That's not close enough to be a danger, but it's not that far away in cosmic terms — close enough for NASA to consider this a "close approach."

Just 16 minutes later, VS1, the second rock, will whiz by. It's of comparable size to the first visitor, but will be a much more distant 3.12 million miles away, the Daily Mail noted.

The following day, however, a more familiar visitor will appear once more. Dubbed the "skull asteroid" when it was spotted in 2015 due to the spooky shape its ridges and craters gave it and to the fact that it was discovered around Halloween, a US holiday that celebrates all things macabre, the 2,132-foot-long rock known as 2015 TB145 is actually a dead comet, meaning it has lost the ice and gases that make up its characteristic tail. When it was spotted in 2015, it passed just outside the moon's orbit, and NASA categorized it as a potentially hazardous asteroid.

This Asteroid resembles a skull in certain light definitions.
It's due return this year 2018.
Perfect for Halloween 🦇….. TB145 2015. pic.twitter.com/1CbNjd69za

​Now it's back and will pass by Earth on Sunday at a similar distance: about 302,000 miles, or 1.3 moon-Earth distances. Spooky!